Birds are among the most unique creations of nature. Looking at most of the birds, we feel that they are delicate. But these creatures have their own ways of defending themselves. This BirdEden article focuses on some really strange defense mechanisms seen in birds.

Birds are among the most unique creations of nature. Looking at most of the birds, we feel that they are delicate. But these creatures have their own ways of defending themselves. This BirdEden article focuses on some really strange defense mechanisms seen in birds. 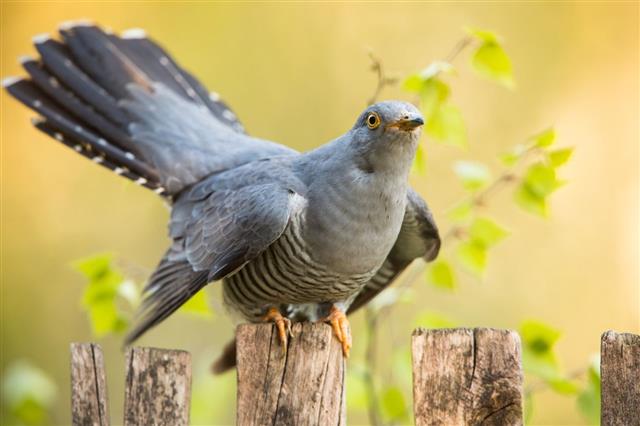 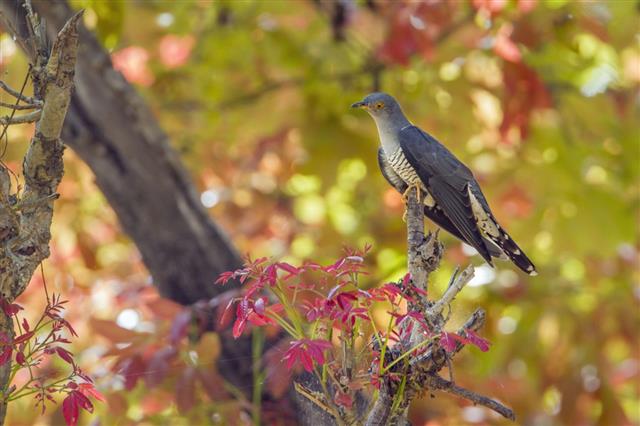 Normally, female birds are less colorful and have a dull brown color, especially ducks. There’s a reason behind this. It acts as a protection for the females incubating the eggs in their nest. Their body color is similar to the surroundings which makes them difficult to spot. On the other hand, the colorful males have the power of distracting the predators, thus protecting their female counterparts.

Birds are famous for their feathers, beaks with no teeth, and the ability to lay hard-shelled eggs. These beautiful creatures have said to be advanced versions of the dinosaurs. These come in different colors and have varied characteristics like being flightless, being exceptional swimmers, fiercely protecting themselves or their nests, etc.

Mother nature has made sure that every species, even the smallest of all, can defend itself. The defense mechanism can be in the form of a physical adaptation or something as strange as vomiting. Yes, you heard it right. Vomiting or releasing an awful-smelling substance to ward off predators, or distracting potential attackers in unusual ways, are among some strange defense mechanisms seen in birds. Those fluffy and cute things can keep you away in the weirdest of ways. Here, we give you some examples of such birds, enlisted in the alphabetical order.

This small owl was quite hidden from everyone until a Japanese TV show telecast its defensive method. This owl has showed the world, what unique means! If approached by a small or less aggressive enemy, it puffs up and hisses to act as if it’s big and fierce. But, when it is approached by a powerful predator, the owl just flattens itself and squints which appears that it has no eyes. It will stand still because the feathers are of the same color as the branch.

The burrowing owl is a small but long-legged owl which is found in North and South America. It is mainly found in the grasslands, deserts, and open areas. These owls nest by burrowing or may use those already used by prairie dogs. The chicks are raised in the burrows. The parents may leave them and go for hunting. Hence, the chicks are easy targets for coyotes, cats, or foxes.

When the chicks feel threatened, they mimic the sound of a rattlesnake. Since these venomous vipers live in a similar way, the predators run for their lives after hearing the hissing sound. Unfortunately, this technique is useless if the predator is a rattlesnake itself. Rattlesnakes are actually deaf and hence are one of the few who can enjoy eating these chicks quite easily.

Cuckoos are known for laying their eggs in nests of other birds. When the baby is born, it kills the chicks of the other bird, which ensures that it has no competitors. But, the process of laying the eggs is itself a difficult task. One good thing is that the Eurasian cuckoo looks similar to the Sparrow Hawk, which is a big predator of the small birds. The cuckoo makes use of it and scares all the birds away from the nest so she can lay eggs peacefully, without getting noticed.

Another example is that of a South Asian Hawk-Cuckoo, which copies the Shikra, right from the flight style to the way of perching

European roller is a beautiful blue bird that breeds in Europe. It is found in warm and dry areas. These medium-sized birds have found out a nice technique to keep the predators away. They use defensive vomiting. The chicks are quite helpless when the parents are searching for food. When the chicks are confronted, they vomit a bad-smelling orange liquid on themselves. Also, the horrible smell warns the parents about the predator and that they should return to the nest.

This is the most widely distributed pygmy owl. This small owl is found in the semi-open woodlands in America. This owl may also hunt in day time on small birds, lizards, and insects. Though these are small in size, they are powerful enough to hunt a prey double their size. Small birds trouble them in the day time to drive them away, which is known as mobbing. Mobbing can affect these small owls so they make use of their body marks.

The owl has two spots like eyes on the back of its head. This scares the small birds. Some may run away but some may think of attacking from the other side. The birds meet the real eyes and end up as a prey to the owls.

Fulmars are seabirds which greatly resemble gulls but are not really related. They are characterized by tubenoses and strong wings. They breed on the cliffs and lay only one egg at a time. The eggs are just laid on a rock, with not much nesting material. Their name “Fulmarus” comes from Old Norse which means “foul (fúll) and gull, the smell of their stomach oil (már)”.

They and their eggs smell horrible. Some predatory birds may not have a good sense of smell so this factor doesn’t help. The chicks cannot fly or run away, so they vomit a bright orange, smelly oil on the predator. This oil gets stuck in the feathers of the predator and hence makes it helpless. The chicks can vomit since the moment they are born, and will also spit it on their parents. Luckily, these birds have feathers that are immune to oil. The adults can also spit but the chicks have a great aim and are able to shoot many times.

This tropical bird is also called the stinkbird, and for a good reason. It is a pheasant that has long spiky hair on the head. These unusual birds live in the forests of Amazon. These birds are very unique because of their characteristics like their diet of tree leaves (unusual for a bird), their use of bacterial fermentation for digestion, and claws on their wings (only in chicks). Plus, it has a horrible smell, similar to dung.

These birds build nests over water and when they are threatened, the adults fly away making a lot of noise. The chicks just dive into the water till the predator is gone. The chicks can climb up with the help of the claws on their wings. These claws vanish as they grow up.

This orange and black colored bird comes from New Guinea, and is one of the very few known poisonous birds. The poison is acquired from beetles, which are a part of their diet. The same beetles are a source of toxins in the poison dart frogs. Numbness and tingling can be experienced after touching the bird. Their bright plumage is quite an indication of this danger. The birds rub this poison on their eggs and chicks to protect them. This toxin is enough to keep everyone at bay!

Hoopoe is the medium-sized bird with a distinctive ‘crown’ of feathers. It has a huge range and is related to kingfishers. It also has a different flight, similar to that of a butterfly. It has a weird defensive technique. These birds have a special gland near the anus which makes a horrible-smelling substance. The bird rubs this to its whole body which makes it smell like rotten meat.

Apart from that, it acts as an antibacterial agent and a parasite repellent, thus keeping the bird away from diseases. The only limitation to this technique is that adults only produce this substance in the breeding season. The most surprising thing is that the baby chicks have a more disgusting way of keeping themselves safe. They aim their feces right into the predator’s face.

Killdeer is a medium-sized plover which is characterized by a brown back, white breast and belly, and two black bands on the breast. The nests are just shallow depressions in the ground with little stones and grass. The hatchlings are precocial, which means that they can eat and move just after birth. These birds showcase a very unique technique, which is called the ‘broken wing act’. It is a distraction display, which is used whenever a predator approaches their nest.

The adults act as if their wing is broken and they keep flapping and calling a distress call loudly. Normally, the predators are attracted to an easy kill so they follow the injured bird, away from the nest. If the predator comes too close, the adult can always “heal” and fly away. In that time, the hatchlings may run away from the nest. This technique is very risky for the parents but many hatchlings are saved in this manner. Unfortunately, this is only useful if the predator is a dog or cat because big predators will anyway stamp away the nest.

Potoo is a weird-looking bird which is related to the nightjars and frogmouths. Their unique calls and the appearance has got them the name “ghost birds”. These are known for their mind-blowing camouflage (much more authentic than the frogmouths and nightjars). During the day time, it is normally seen sitting motionless, looking exactly like a dead branch.

Whenever a predator sees them, they close their eyes and sit motionless. They have slits in their eyelids which help them see even with their eyes closed. These birds hardly have predators and are extremely difficult to spot. It can be easy at night because of their light-reflecting eyes.

The turkey vulture is identified by its turkey-like head. This large bird is found in different areas like forests, deserts, or even wetlands. These birds have a special ability of detecting odor from the decaying meat. These birds are known for their disgusting defense mechanism. When confronted, they vomit out the undigested meat on the predator. Apart from the horrible smell, the vomit can also sting. Plus, when it vomits out the meat, it is lighter and can take off quickly.

There are many other bizarre animal defense mechanisms that are unbelievable yet true. They are among some of the very strange creations of mother nature.