Crows are not the most beautiful bird. But they make up for it by being the most intelligent birds. They are definitely one of the smartest, most adaptable of our winged friends.

Common crows are generally all-black in appearance. However, some of these species may also have small areas of white or gray in their plumage. And they are compact birds with functional beaks and feet.

Crows are very socialized to groups. These groups of crows are referred to as “flocks” or “murder”. The American crow, also known as the common crow, are of the Corvidae family. This includes 120 species. Ravens and jackdaws are included in that number.

In a variety of studies crows have been proven to be extremely intelligent. These studies confirm the birds ability to construct and use tools. For example, they use sticks to dig bugs from trees to eat. Crows have actually evolved into making hooked tools from twigs to help them forage.

They are also able to drop pebbles into a tube of water to allow them to drink the water.

Crows have phenomenal memories. And can remember faces of people who have threatened or harmed them. These are believed to be lifetime memories. And if a crow is not happy with someone they have been known to scold people. And can even bring other crows back with them to scold as a group.

A 2011 study by Dr. Marzluff indicated that, “Throughout most of the world, these intelligent birds thrive on humankind’s waste and have increased dramatically in abundance and range.”

Crows plan, adapt and display high-level problem solving behavior. This is especially displayed in their eating and food consumption habits.

These bright birds have been known to position nuts on roadways for cars to run over. In that way they can crack them open to eat. They are also able to throw shellfish onto rocks and other hard surfaces to crack them open.

What Do Crows Eat?

Crows eat food that comes from both plants and animals. This means they are omnivores.

These birds consume many varieties of food. And they also stash and store food in trees and other crevices for future use.

They are highly adaptive birds that eat over six hundred different kinds of foodstuff. They eat almost all types of plants. And they also feed on insects like spiders, grasshoppers, weevils, beetles and crickets.

As scavengers they feed on decaying and dead matter. And also eat waste and food from garbage bins, especially in the winter months.

Crows adapt their eating habits quickly to changing seasons. And eat whatever is  available. They drink plenty of water. And they like to dip their food in water to consumption.

They are very adept foragers who follow other birds to scavenge their nests.And  groups of crows have been known to distract other animals, in order to steal their food.

Crows have also been known to  grab food away from people eating in outdoor locations. They are interesting and intelligent birds. 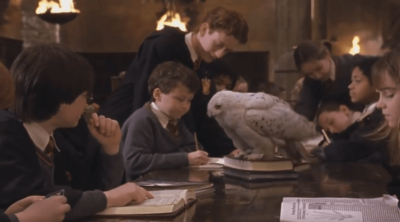