Though the term peacock is used irrespective of gender, technically, males are peacocks and females are peahens. Here is a brief overview of the difference between male and female peacocks.

Though the term peacock is used irrespective of gender, technically, males are peacocks and females are peahens. Here is a brief overview of the difference between male and female peacocks. 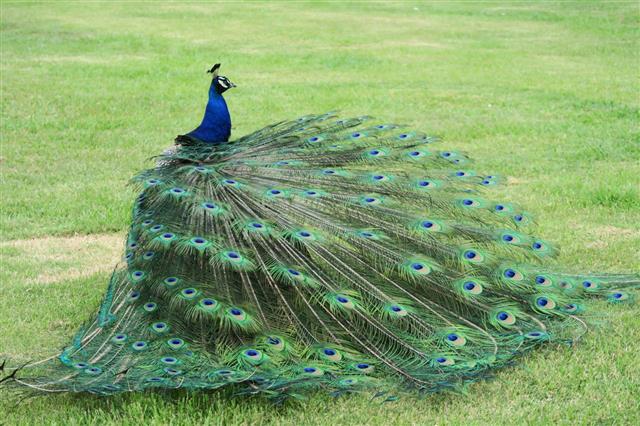 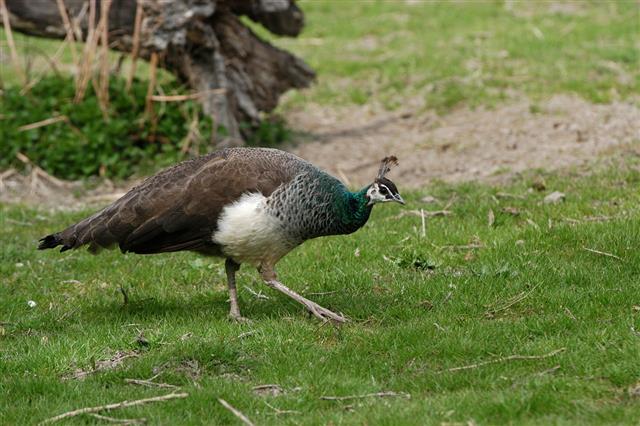 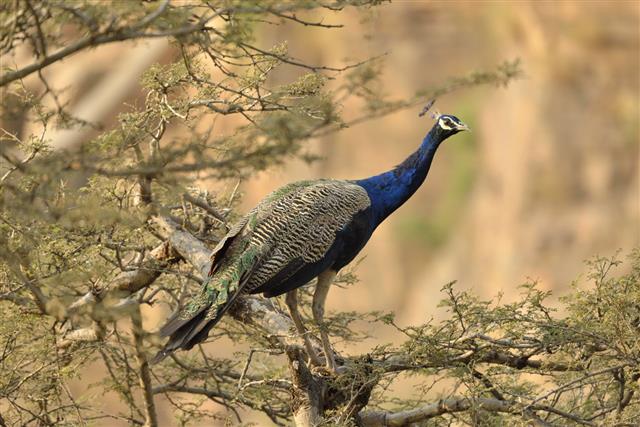 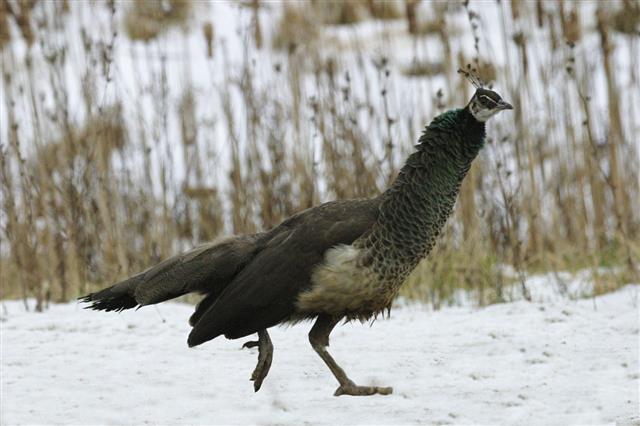 According to a new study, the eye movements of female peacocks during courtship were mainly concentrated on the male’s legs and lower feathers, rather than the tall display of iridescent feathers.

One of the most beautiful avian species on Earth, peacocks are known for their long tails with ornate iridescent feathers. There are three species of peacocks that belong to the genus Pavo, subfamily Phasianinae and family Phasianidae. They are Pavo cristatus (Indian peacock), Pavo muticus (green peacock), and Afropavo congensis (Congo peacock). Both the Indian and green species possess the hallmark peacock tail with iridescent feathers. Though the Congo peacock is not as attractive as the other two species, it has dark blue feathers and a black tail.

The actual name of the peacock is peafowl. The term peacock denotes a male bird and the female is called a peahen. The young one is technically called a peachick. When it comes to the physical features of these birds, there exist some differences between individual species. Even the male and female birds look different.

The peacock is a classic example of sexual dimorphism. The males and females have distinct features that make them look entirely different. The extent of sexual dimorphism may vary with different species. In case of peacocks, the long and beautiful tail of the male is the most prominent feature that makes it look different from the female. Given below are the main differences between the male and female Indian peacock (Pavo cristatus).

As mentioned above, male and female peacocks look like entirely different species. When compared to females, males are taller and longer. Usually, small-sized female peacocks weigh much less than the males. While adult males have a body weight that ranges between nine and thirteen pounds, females weigh around six to nine pounds. An adult male can be as long as 7.5 feet (including the tail), whereas an adult female is around 2.5 to 3.5 feet in length.

Males have long and colorful tails with iridescent feathers. On the other hand, female peacocks or peahens possess short tails with dull brownish-gray feathers. The tail of a male peacock can be around two meters in length. The long tail makes up for more than 60% of the body length of this bird. When not erect, the tail trails behind its back, and so, it also called a train. The peacock can hold its tail erect, like a fan, and such display is mainly seen during courtship. With their extraordinary tails, Indian peacocks are among the largest flying birds.

While male peacocks display their tails during courtship, females may also display their tail feathers, when they are excited or threatened. Peahens often display their feathers as a signal of danger for its chicks, or while fighting with other females over a potential mate.

Though both males and females have white markings on the upper and lower sides of their eyes, this feature is more prominent in males. In females, the markings above the eyes are distinctly seen, but those located below the eyes merge with their skin color and cannot be distinguished easily.

Male peacocks have slightly longer legs, when compared to females. Though both sexes have spurs (thorns) on their legs, they develop earlier in males. These spurs are much shorter and blunt in females. Peacocks use their leg spurs during territorial fights.

The stunning display of their tails during the mating season is a behavioral trait of male peacocks, who tend to be solitary at other times. Their tail display is intended to attract females for mating. It has been suggested that the male standing amongst tall vegetation holds its tail high, so that he can be easily located by females, from a long distance. Males are not at all involved in building nests, incubation, or taking care of young ones. Parental care is the responsibility of females.

It is really difficult to distinguish between male and female peachicks. The colorful tail of the male peacock develops as it reaches three years of age. It is said that chicks with longer legs and more colorful feathers are males. Even the leg spurs develop earlier in males. Females may or may not develop leg spurs.

Unlike Indian peacocks, green peacocks display very few differences between males and females. Though both look similar, males have longer tails (around two meters); and their covert feathers have eye spots. In females, tails are much shorter, with a prominent green color. Neck feathers are metallic green in both sexes, and they look like scales. The crest feathers are more pointed and bluish in males, whereas females have greener crest feathers with rounded tips. Both sexes have a yellow patch on the sides of their faces. The line that divides that patch is bluish black in males and brownish in females.

Native to certain parts of Congo, this peacock is not similar to the other two species. It has a shorter tail and less attractive coloration. While the male has blackish blue and green feathers, the female has metallic green feathers. Both males and females have bare red skin on the neck. In males, the crest is made of white hair-like feathers, whereas females have a shorter crest of brown feathers. 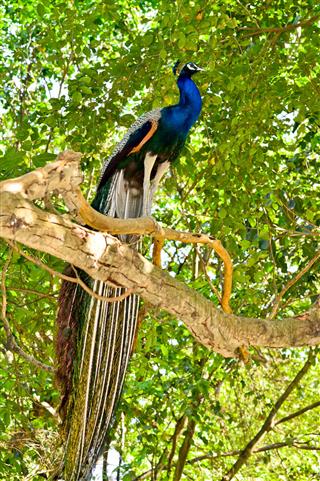 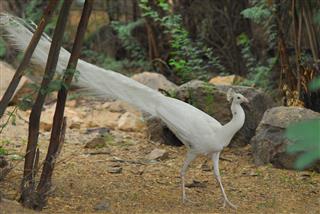 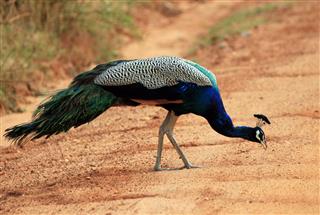 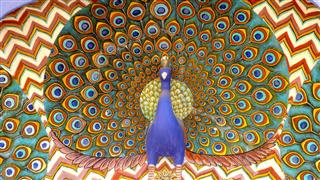 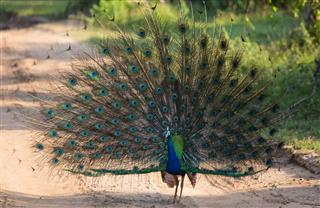 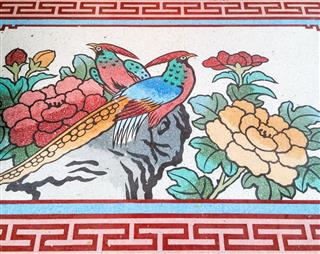