Duck Identification Guide: All the Types of Ducks With Pictures

When we think of ducks, we mostly picture the mallard ducks or those that are found in local ponds. However, know that there are many types of ducks, and BirdEden categorizes them accompanied by their identification features and pictures to help you understand them well.

Home / Uncategorized / Duck Identification Guide: All the Types of Ducks With Pictures

When we think of ducks, we mostly picture the mallard ducks or those that are found in local ponds. However, know that there are many types of ducks, and BirdEden categorizes them accompanied by their identification features and pictures to help you understand them well. 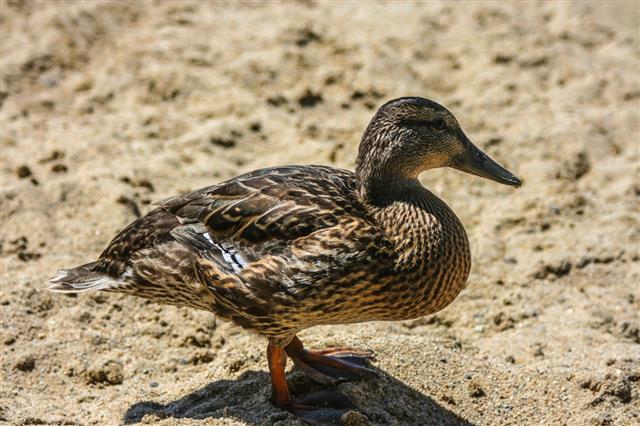 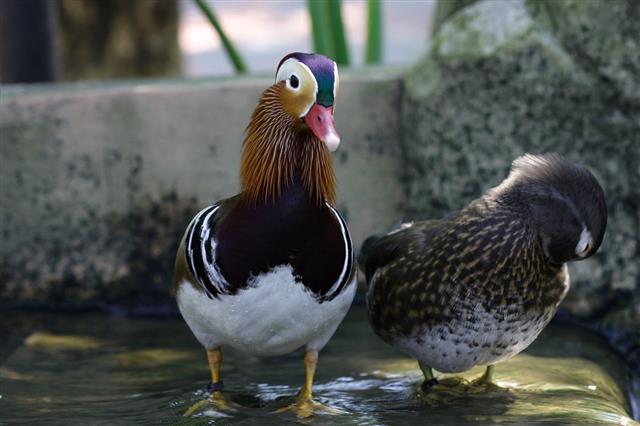 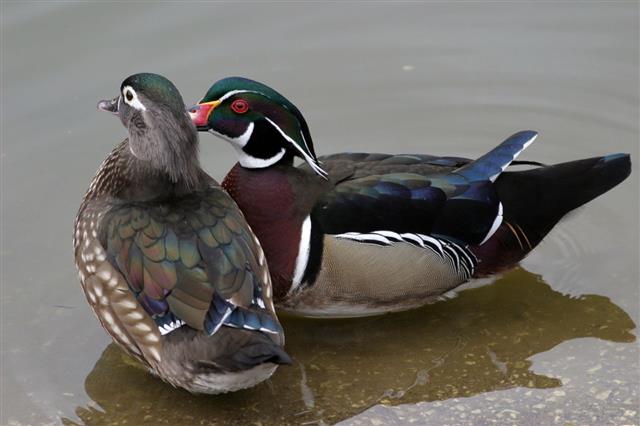 Ducks can swim in the water even when the weather is freezing. They have no nerves or blood vessels in their feet. Hence, they never feel hot or cold.

Ducks belong to the Anatidae family of birds. Swans and geese also belong to the same family but are not considered as ducks. Ducks are small or medium-sized water birds, also called waterfowls. They feed on plants, insects, and small fish in the water or around water bodies. They are very adaptable, which shows in their presence in every continent, except Antarctica.

Their body has many features that make them adaptable. Their bill has water filtering features that drain the unnecessary water without their food falling down. Their webbed feet help them in paddling or swimming in water. They are preys to many predators like big birds, crocodiles, snakes, foxes, etc.

Dabbling ducks belong to the Anatinae subfamily. These ducks have a distinct feature wherein their legs are positioned in the middle of their underside. Hence, these ducks can balance themselves properly when they are upside-down in the water. They go upside-down, instead of diving, to eat insects or weeds. The position of their legs also help them to walk on land. They have long, tapered wings that make it easy for them to fly just by jumping out of the water and flapping their wings. These birds are mostly seen in shallow waters and float high on the surface of water.

Perching ducks belong to the subfamily Cairininae or Cairinini. These ducks are given the name due to their quality of perching on trees. They have qualities of both a shelduck and a dabbling duck. They are often found in inland water sources. They have long claws on their toes.

Scientific name: Aix sponsa
Region: Caribbean and North America
Female: Yellow and white eye-ring, a stripe running back from the eye and a gray body.
Male: Breeding male is chestnut and green with white stripes. Non-breeding male resembles the female but without the white eye-ring.

Scientific name: Cairina moschata
Region: North, Central and South America.
Appearance: Black or white body and red skin on the beak and near the eyes.

A bufflehead walking on water

Diving ducks belong to the subfamily Aythyinae. These ducks dive in the water completely to get food. These feed on snails and other insects. Their body is designed in a different way. They have legs located near the rear side, which help them swim underwater. They also have smaller wings that reduces their weight while under the water. They have a different technique to fly. They can’t fly by jumping off the water. They have to walk or hop on water until they can finally fly. Also, diving ducks are mostly found in deep waters where it is seen that the ducks often float low where only their neck and little bit of their back is seen.

Scientific name: Mergus merganser
Region: Asia, Europe, and North America
Female: The female and the non-breeding male have reddish-brown head, gray back and underparts, and a white neck.
Male: Black body and a white neck.

Sea ducks belong to the Merginae subfamily. As the name suggests, these are found in marine waters, but they are said to be diving ducks because of their diving quality. Some sea ducks can tolerate seawater because they have developed salt glands.

Scientific name: Histrionicus histrionicus
Region: Greenland and North America
Female: Brownish-gray upper body and gray lower body with few spots on the head.
Male: Males have white marks on the head, breast, and back. It has a blue-back head and chestnut sides.

Scientific name: Bucephala albeola
Region: North America
Female: Grayish-brown, darker upper part, and oval white behind the eye.
Male: Black on front of the neck and back, white on backside of neck, breast, and underparts.

They belong to the subfamily Dendrocygninae. As the name suggests, they have this unique whistling call. These birds have long necks and legs.

Scientific name: Dendrocygna bicolor
Region: Africa, South Asia and America
Appearance: Gray bill, wings and back; dark line down the neck, reddish-tinge on the flanks and a buffhead.

These are not the only birds in each category. There are many more. Swans and Geese belong to a different subfamily, hence are not considered as ducks. Identifying waterfowls is not an easy task. But practice makes a man perfect, they say! So, happy birding! 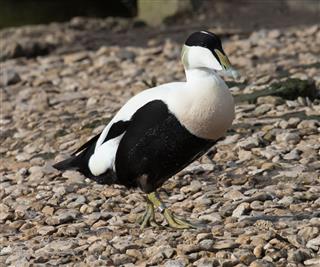 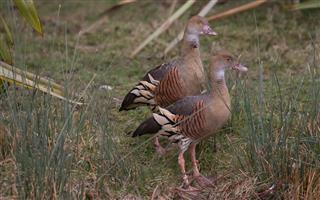 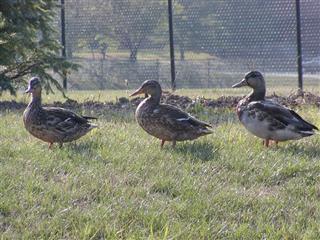 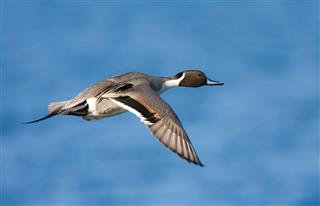 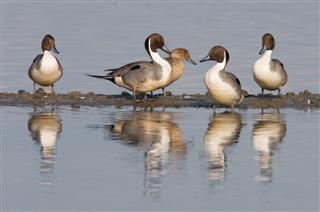