Here are some amazing facts about the hummingbird, the world's smallest bird. 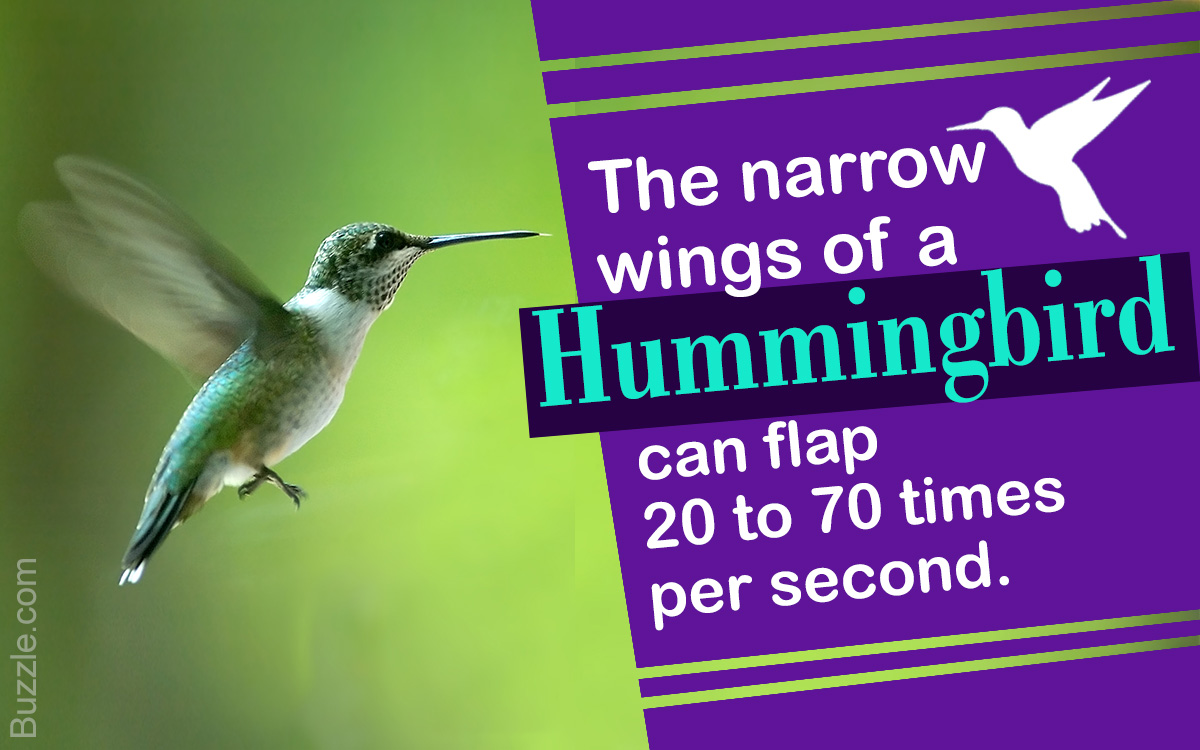 Here are some amazing facts about the hummingbird, the world’s smallest bird.

The hummingbird’s distinctive features are its long beak, vibrantly-colored plumage, and the humming sound. Most hummers are colorful, but there are some in plain brown or even white color. Their brilliant color is not actually the pigment in their feathers but iridescence from the feather arrangement. The colors change with every reflection of light and gives its feathers a metallic sheen, and strangely, sometimes the it can also hide them! Only some colors are visible to the human eye.

The incredible hummer has some highly specialized characteristics like no other bird. It’s wings have special aerodynamic features which makes it truly unique. The narrow wings can flap 20 to 70 times per second, and help the hummingbird to stay suspended in mid-air like a helicopter. In fact, the hummingbird never really flap its wings, rather, it rotates them in an oval pattern. This feature makes it the only bird that can fly backwards as well as upside down.

Although the hummingbird has legs, it only uses them to perch on top of branches. It’s short legs and tiny feet doesn’t allow it to walk or hop. Therefore, flight is its primary means of locomotion. Another characteristic of this tiny bird is the way it saves energy, by going into a state of deep sleep called ‘torpor’. In this state, its heartbeat goes down to 50 beats per minute. It is like a state of hibernation, and this can save up to 70% of its energy.

To keep up its energy the hummingbird feeds 5 to 8 times an hour. It’s diet consists of nectar, tree sap, and tiny insects as its protein supplement. Hummingbirds have slender beaks or bills. This beak is not tubular, however, it has a fringed-forked tongue which is used to sip nectar from flowers. The beak usually matches the shape and size of the flowers that the hummingbird mostly feeds on. Since they get most of their energy from nectar, they consume around half their body weight of sugar.

The hummingbird is a native of the New World. There are 330 to 350 species of hummingbirds, all of which are only found in the Western Hemisphere, and most of them are seen in the tropical and sub-tropical regions of America. The tiny hummingbird can fly an impressive 2,000 miles for the purpose of migration, sometimes even flying up to 500 miles non-stop. They usually fly south for the winters and north for the summers.

The hummer builds cup-shaped nests on the branches or leaves of trees. These nests can be extremely small, sometimes, even the size of a walnut! They are usually attached to the branches by spider silk, which also enables them to stretch as the eggs hatch. The female bird lays two small white eggs, which take 14 to 23 days to hatch. It is however observed that only the female hummingbird takes care of the young ones.

Interestingly, the hummingbird flies upright, unlike other birds who fly flat. The hummingbird can see and hear better than humans, but their sense of smell is non existent. Their taste buds are not that great either. They can only make out what is sweet and what is not. They are able to see ultraviolet lights. To satisfy its tremendous hunger, the hummingbird may visit up to a thousand flowers every day. While it is feeding, this bird can lick up to 15 times per second.

These little birds are very territorial by nature. They can be quite aggressive with other males, or even insects if need be. Although the hummingbird is the smallest in size, its brain is 4.2% of its body weight, making it the largest proportion among all birds. The metabolism of this small bird is around a hundred times that of an elephant. These birds are quite lonesome. They live or migrate alone. In fact, the only time they bond is while reproduction. The hummingbird has a good memory.

They remember all the flowers and places they have visited, that they return to it the next year too. Most of them die in the 1st year of birth, but overall their average lifespan is 5 years, with the maximum being 12 years. It’s probably the only bird whose predator is an insect. Praying mantis feed on them. Hummingbirds have the most number of feathers per square inch, as compared to any other bird. They are attracted to the red color, hence seen feeding on flowers in the shade of crimson.

The largest types of species of hummingbirds are found in Ecuador. There are approximately 25 to 40 species whose population is declining at an alarming rate. In fact, the Sapphire-bellied Hummingbird, Colorful Puffleg, Short-crested Coquette, and the Chestnut-bellied Hummingbird are some of the species that have a 50% chance of extinction within the next 10 years. The Rufous Hummingbird, Esmeraldas Woodstar, and a few other species have been listed as endangered. 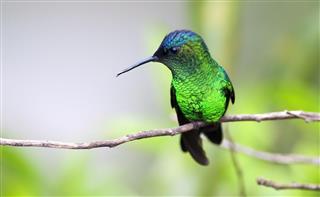 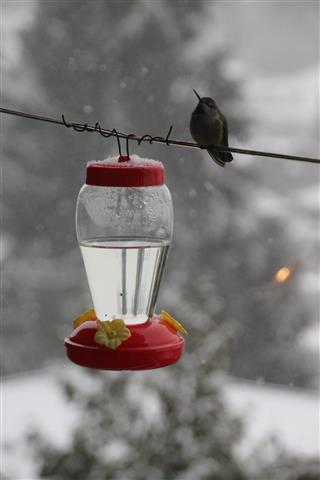 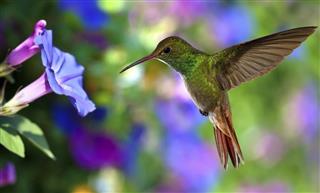 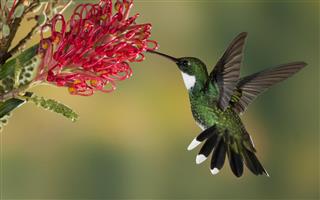