Facts About the Scarlet Ibis

Although having a close resemblance with around 27 other ibis species, the scarlet ibis stands out due to its bright and vibrant scarlet coloration. 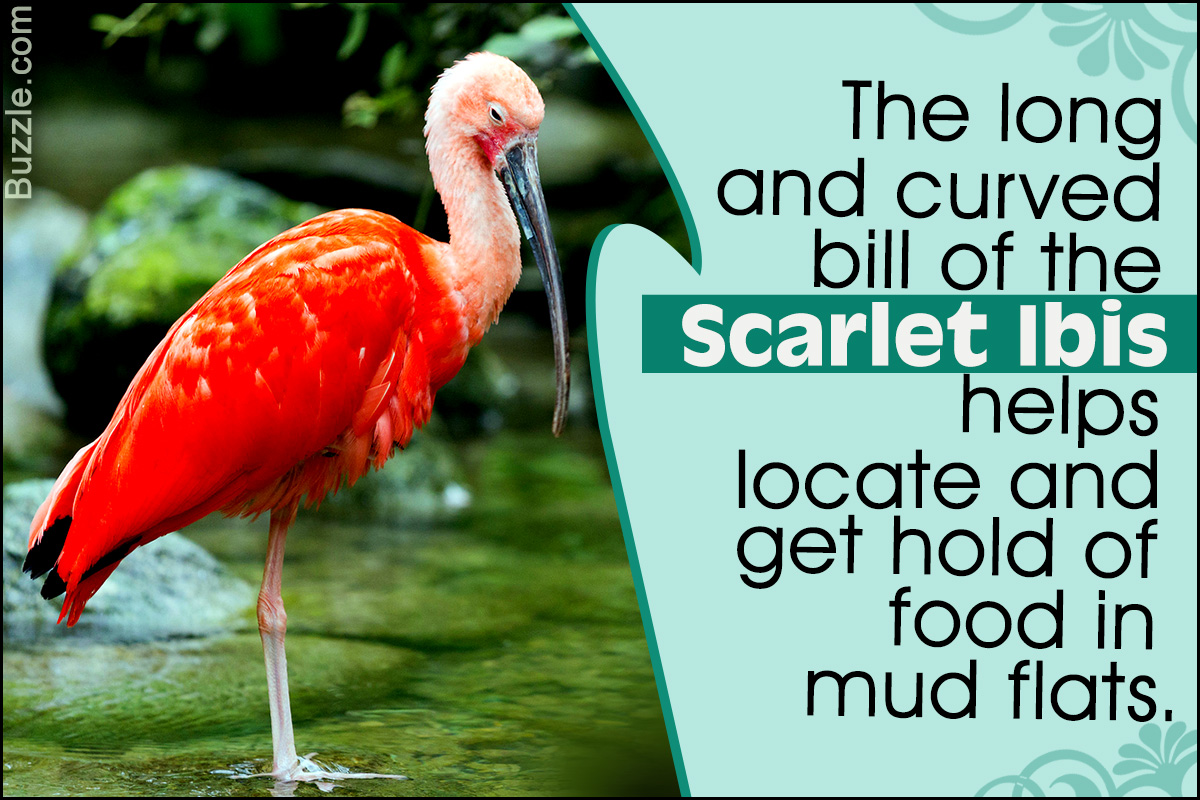 Although having a close resemblance with around 27 other ibis species, the scarlet ibis stands out due to its bright and vibrant scarlet coloration.

The Secret of Scarlet

The scarlet ibis gets its bright red color from the carotenoids present in its staple food – crustaceans.

True to its name, the scarlet ibis (Eudocimus ruber) is a sight to watch in the world of birds for its eye-catching, scarlet red color, and striking long black-colored bill. The national bird of Trinidad and Tobago, the scarlet ibis is a medium-sized wading bird, and is termed as a ‘least-concern’ species by the IUCN. It can live up to 15 years in the wild and 20 years in captivity. Its classification, however, is still in dispute due to its similarities with the White American Ibis. Traditional Linnaean taxonomy has determined it as a unique species. However, several scientists are trying to reclassify it as a subspecies of the American Ibis.

There are several hypotheses made about the coloration of this bird. It concentrates carotenoid pigments and deposits them into its feathers when molting. However, birds that have a heavy load of parasites are unable to store much carotenoid, and hence do not have the bright red color as compared to healthier individuals. Moreover, the brighter color is also associated with better genes. According to the ‘handicap principle’, the older and brighter-colored birds are cleverer than the younger ones, and are capable of fighting off predators.

✤ These birds are scarlet red in color with black wingtips that are visible only during flight.

✤ It has been said that the black color on the wingtips comes from the melanin pigment and it gives strength to the bird.

✤ They are monochromatic birds, i.e., males and females have equal coloration.

✤ Chicks are featherless and eventually attain a brownish-gray color with a tinge of white.

✤ Their legs are long and slender with a slight webbing between the feet to enable a good grip while perching on trees.

✤ The long and curved bill helps locate and get hold of the food in mud flats.

✤ The scarlet ibis has a long range of distribution and it is native to places like Brazil, French Guiana, Argentina, Netherlands, Antilles, Suriname, Venezuela, Trinidad, Tobago, Colombia, and Guyana. They are occasional visitors to Florida.

✤ Rainforest and wetland ecosystems like tropical mangroves, mud flats, shallow bays, and marshes are suitable habitats for this bird.

✤ In the wild, the scarlet ibis feeds mainly on crabs, which are found on the mud flats at low tide, and on the stilt roots of the red mangrove. Crustaceans, mollusks, worms, frogs, and insects also form a major part of its diet.

✤ In captivity, these birds are given a commercial pellet diet on a regular basis. Fish, insects, and crustaceans are given depending on their availability.

✤ Mating pairs build their nest together in mangrove trees with particular sticks in the form of loose platforms.

✤ Both the parents incubate the eggs for 19 – 23 days and take care of their little ones.

✤ The pair is committed to each other and stay together for their entire life and protect the family.

✤ The scarlet ibis is social by nature and hence, lives in colonies where the nests are built in proximity to each other.

✤ They live in a flock of thirty or more, and work together while foraging for food and looking after their young.

✤ Although they prefer being closer to water for food and nesting, these birds have great flying skills. They make the classic V-formation while flying and take alternative turns to lead the flock.

Though the scarlet ibis is not a threatened species, it may soon get that status, if we humans don’t stop destroying its natural habitat, over-hunting it for its feathers, and collecting its eggs. Apart from this, raccoons, ocelots, and snakes are the main predators of this bird.