Unbelievable Facts About Ostrich Eggs – The Largest in the World

Other than being the largest living bird, the ostrich also boasts of eggs which are the largest of the extant species of birds. However, if you consider the size of eggs relative to the size of bird, then ostrich eggs are the smallest. 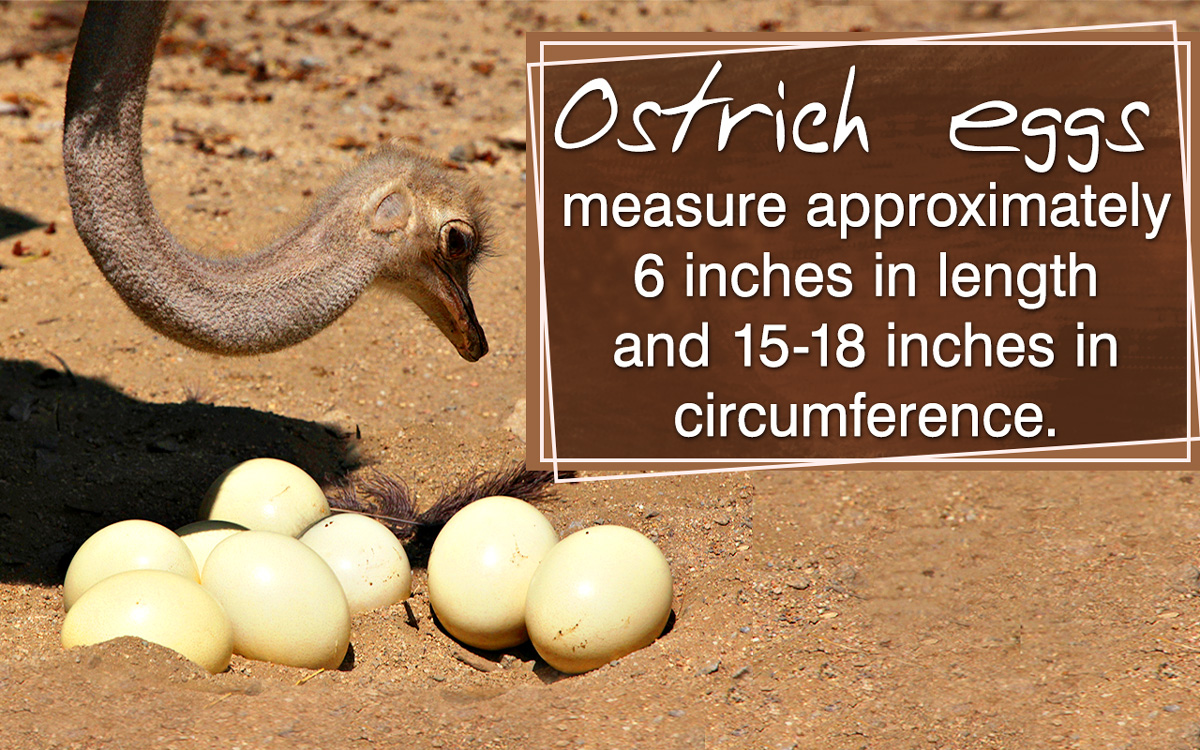 Other than being the largest living bird, the ostrich also boasts of eggs which are the largest of the extant species of birds. However, if you consider the size of eggs relative to the size of bird, then ostrich eggs are the smallest.

At 5.9 inches (approx.), ostrich eggs are the largest of any living bird, which doesn’t come as a surprise, considering ostrich itself is the largest living species of bird in the world. A hen – female ostrich – can lay 40-100 eggs per year, which roughly amounts to one egg every second day from the mid-March till the mid-August. (In favorable conditions, the female can remain productive for 25-35 years.)

Ostriches are known to lay their eggs in a communal pit, with the dominant female laying her eggs first and others following her. After laying her eggs, the dominant female rejects the eggs of some of the weaker members at the time of covering the pit. Even though 2-7 females lay their eggs in a single communal pit, each female can identify her own eggs.

The female ostriches incubate the eggs during the daytime, while the male ostriches do the same at night. The practice comes handy for this species when defending themselves and their nests from predators. While the greyish-brown females blend with the sand during the day, males with their black feathers become virtually invisible in the darkness of the night.

In course of the incubation period, which roughly lasts for around 35-45 days, the nests are raided by various predators. On an average, only around 10 percent of the nests survive, but the threat of predators continues even after the eggs have hatched. If the ostrich can elude its predators till its adulthood, it can leave for a period of 40-45 years – considerably long for a bird.

An ostrich egg measures approximately 6 inches in length and 15-18 inches in circumference. On an average, its weight is close to 3.1 lbs (1.4 kilograms). The color ranges from pearl white to cream. With a thickness of 0.06 inches, the ostrich egg is quite strong as well. Though it is the smallest when we go by the ratio of the weight of egg to the weight of the bird.

In terms of nutrition content, an ostrich egg can provide a whopping 2,000 calories. Other than 47% of proteins and 44.3% of fats, these eggs also contain calcium, phosphorus and vitamins like vitamin A, vitamin E, riboflavin and thiamine. Trace elements such as magnesium, manganese, selenium, zinc copper and iron are also found in these eggs.

Ostrich egg shells are used to make artifacts. These shells, which are strong enough to bear the weight of an adult man, are carved, hand painted and engraved to make items which may fetch as high as $150. Apart from eggs, its meat, feathers and hide are also sought after in various industries. The feathers are colorful and are used to make feather dusters.

In Africa, ostriches have been raised for their eggs, meat, feathers and hide for at least 150 years. At present, there are more than 2 million ostriches in different parts of the world. While the IUCN has enlisted the ostrich as a species of Least Concern, one should make a note of the fact that a large part of this population is either found at the reserves or farms.

PS: If you thought ostrich eggs are ‘big’, you are likely to be surprised by the fact that the eggs laid by extinct species like the elephant birds of Madagascar and the giant moa of New Zealand were much bigger than that of the ostrich. 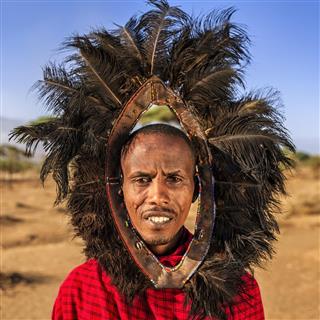 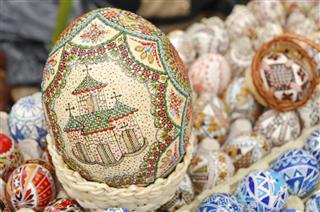 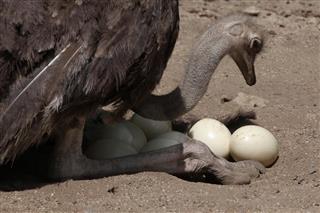 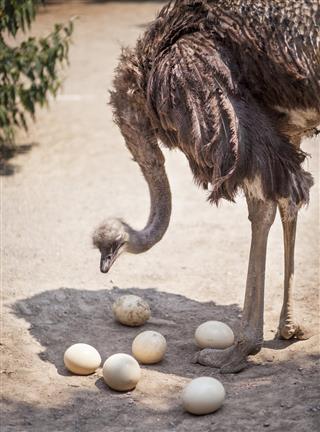