Habitat of Snowy Owls: Exploring the Cold Places They Live In

The snowy owl is a white-colored owl with many unique characteristics. This BirdEden post provides information about its habitat and other interesting facts.

Home / Uncategorized / Habitat of Snowy Owls: Exploring the Cold Places They Live In 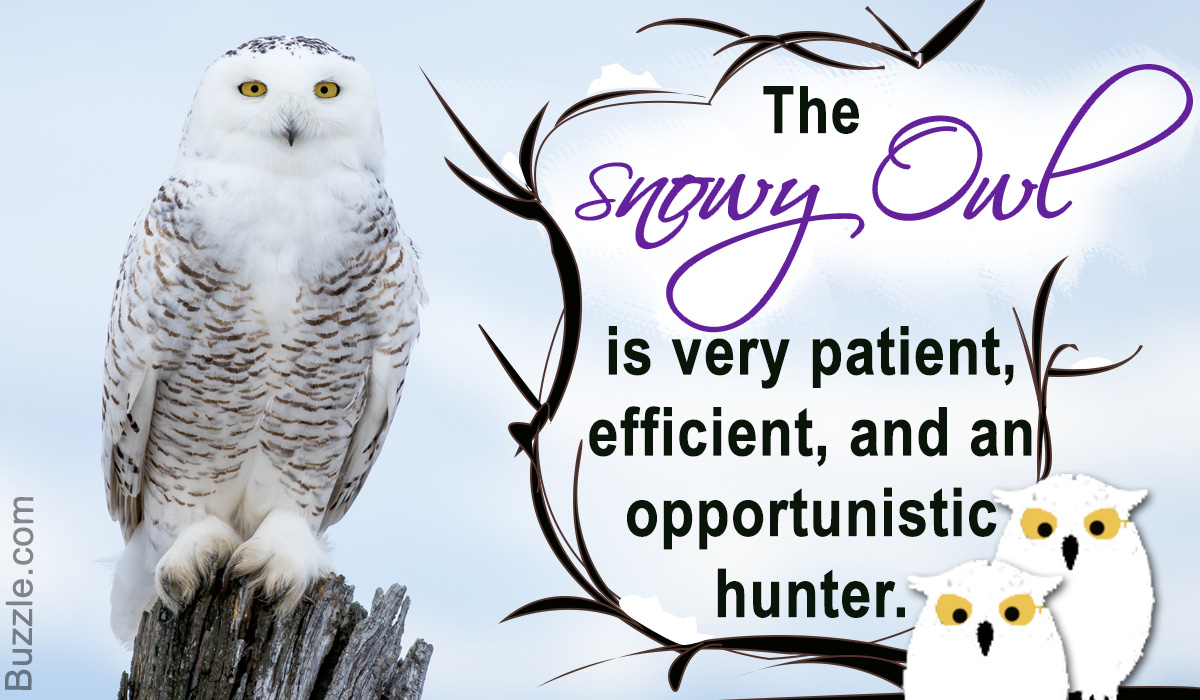 The snowy owl is a white-colored owl with many unique characteristics. This BirdEden post provides information about its habitat and other interesting facts.

The owl that played Hedwig  in the Harry Potter series was a snowy owl.

The snowy owl populates regions of Greenland, Iceland, Canada, and the northern parts of USA. Carolus Linnaeus was the first person to classify this large bird. Apart from being the heaviest owl in North America, it is also the official bird of Quebec. It is known by other names such as ‘the Arctic Owl‘ or ‘the Great White Owl’. The reason behind this bird’s adaptation to the cold temperatures of the Arctic Circle is its splendidly beautiful, white, and thick plumage complemented by its heavily feathered feet. These features help it to survive the extreme cold and develop a perfect camouflage in the ‘whites’ of its Arctic habitat.

Generally, the habitat of the snowy owl comprises places of low elevation such as those at 600 feet. However, there are some species that breed in mountains that are at 3,000 feet elevations. To be specific, the habitat consists of regions with low and sparse vegetation―open land usually consisting of peaty soil covered with heather, bracken, and moss, open fields, valley floors, salt and freshwater meadows, lakeshores, marshes, and marine coastlines. This bird is very rarely found in forest areas, spending time perching in trees. It prefers living in holes that have been hollowed out. The regions of the Arctic tundra are known to be its breeding ground. Its habitat is greatly influenced by the distribution of mammals such as lemmings and other small rodents, as they make up for its primary diet. During winter, this bird mostly houses in farming areas with open fields of low stubble, marshes, and dunes.

Taking into account the distribution, this bird nests in the Arctic tundra, in the northern parts of Alaska, Eurasia, and Canada. It also prefers other similar-looking places like coastal dunes and prairie lands. It has been found in South American states of Texas, Georgia, American Gulf states, northern China, and southern Russia.

This bird bears an immaculate white appearance (only the male), with a rounded head, black bill, and brilliantly prominent yellow irises. While the male is virtually a pure-white individual, the female and young ones have a darker appearance with dusky spots. The female owl never attains complete whiteness in her lifetime. As young owls get older, they get whiter, losing their heavy stripes and dark spotting. This bird is between 18 to 20 inches (50 to 70 cm) long. Its wingspan is 49 to 59 inches (120 to 150 cm). It weighs between 3.5 to 6.5 pounds (1.5 to 3 kg). All in all, it’s a big bird.

The snowy owl is a very patient hunter, and it can sit in one place for hours. Gifted with great hearing and a keen eyesight, it is known to be an efficient and opportunistic hunter. It is not difficult for it to track down its prey, which might be barely visible under thick vegetation or snow cover. Before soaring off in pursuit, the bird waits patiently and identifies its potential prey. Once the prey comes within the proper range, it lays its attack with its sharp-hooked talons. This is a diurnal bird, which means that it hunts both during the day and at night.

Although the snowy owl’s diet primarily consists of lemmings and other rodents, it also feeds on voles, deer mice, birds, fish, amphibians, crustaceans, and insects. Its hunting is not restricted only to small preys. It has also been known to prey upon hares, muskrats, marmots, squirrels, rabbits, prairie dogs, rats, moles, and birds like shorebirds, ring-necked pheasants, grouse, American coots, grebes, etc.

Studies show that this bird’s food requirement consists of 7-12 mice per day. Its consumption of lemmings per year totals up to 1,600 on an average per bird. This bird is known to swallow its prey whole and regurgitate the undigested parts like bones and fur in the form of pellets.

It breeds on the Arctic Tundra. The male is said to choose the nesting territory, while the female is said to choose the nest sight. The female lays a clutch of eggs that can number from 3 to 11. The eggs are white in color and about 2 inches tall. The incubation period is 32 days, whereas the period for nestling is 20 to 25 days. When born, the hatchlings are wet and their eyes are closed. They dry within a few hours and look like small white balls of fur. Their eyes usually open by day 5. The parents are known to ferociously defend the nests from various predators, even big ones such as foxes.

The snowy owl does not have many predators. However, during the nesting season, when it has to nest on the ground by building a scrape on top of a boulder, it has to encounter arctic foxes, dogs, wolves, and many avian predators. Human activities are perhaps the greatest threat to the survival of this bird. However, it is protected under the Canadian provincial and territorial regulations, which have ruled out activities that involve its hunting and killing.