Ostrich, the largest bird inhabiting our planet, is native to the continent of Africa. Did you know that there are several types of ostriches found in this vast land? 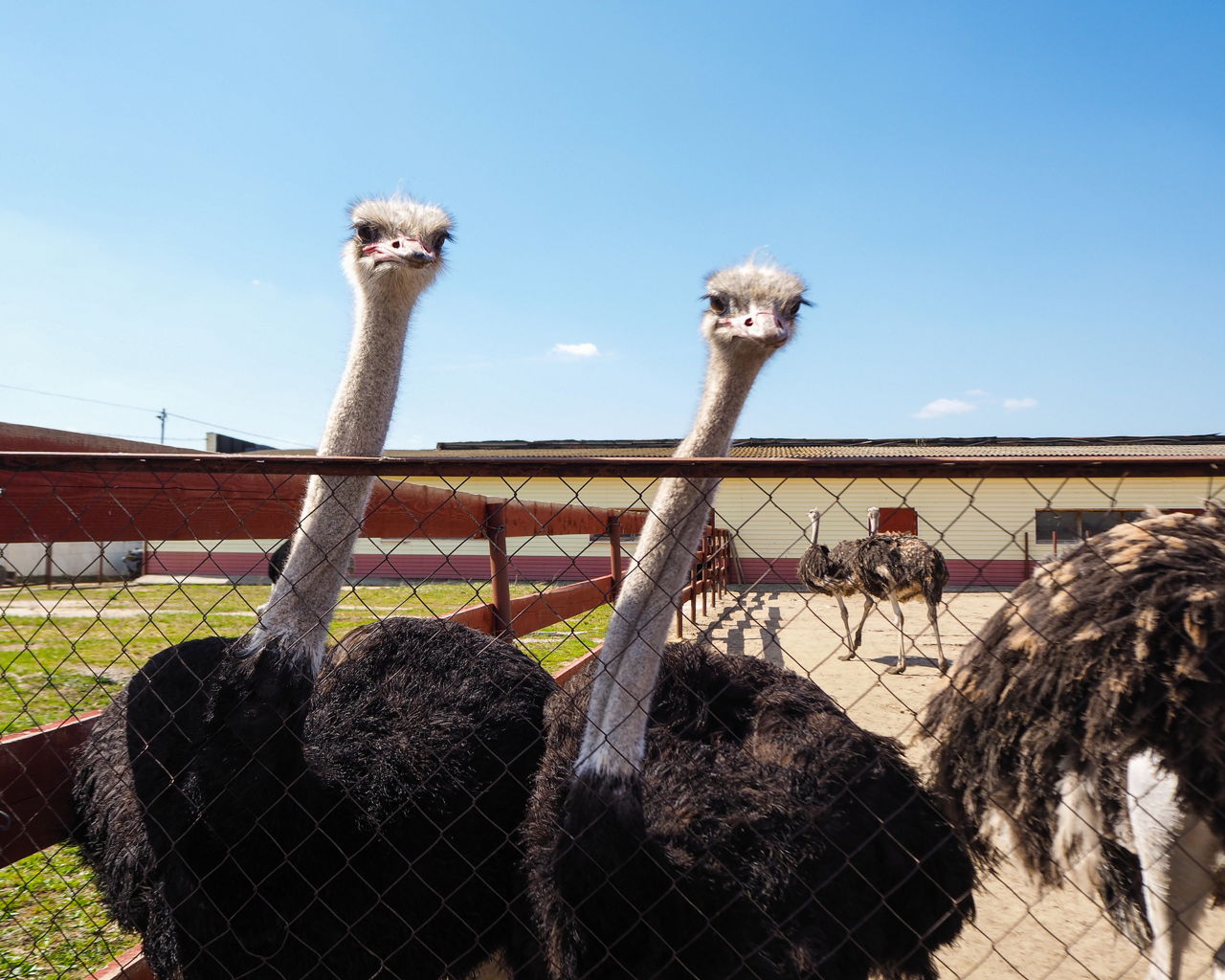 Ostrich, the largest bird inhabiting our planet, is native to the continent of Africa. Did you know that there are several types of ostriches found in this vast land?

The Ostrich (Struthio camelus) belongs to the order Struthioniformes, and is closely related to other flightless birds like emus, kiwis, and cassowaries. Camelus in fact means camel, and the ostrich bears this name since it adapts very well to the harsh and dry climate of Africa, just like a camel. This flightless bird has earned the distinction of being the fastest running bird on the planet, achieving a speed of more than 60 miles per hour. The ostrich is also famous for laying the largest egg. Being a fast runner, an ostrich will run if it feels threatened. But be careful, if you happen to provoke it, it will do you more harm than good! An ostrich can kick with its powerful legs which can even prove fatal. Another interesting fact about ostriches are their eyes, they possess the largest pair among all land creatures! Gifted with an extraordinary sense of sight and hearing, ostriches can detect the presence of predators from a long distance. A famous myth surrounding ostriches is that they bury their heads in sand if they sense danger approaching. However, this is not true at all. If they feel threatened, they lie on the ground, with their heads and necks flat out, and from afar, this position resembles a pile of earth, an excellent camouflage from predators.

The following types of ostriches are found on mainland Africa:

It is also referred to as the North African ostrich (Struthio camelus). It was the most widely distributed species of ostrich, but unfortunately now inhabits only certain parts of northern Africa. This bird stands tall at over 9 feet – the tallest species of ostrich, with a pink neck. Males sport black and white feathers whereas females are gray.

Native to the eastern part of the African continent, the masai ostrich (Struthio camelus massaicus) is found in countries like Kenya, Tanzania, Ethiopia, and Somalia. As compared to other subspecies, this ostrich has relatively small feathers over its head. The male’s neck and thighs take on a pink color to attract females during the mating season.

The range of the southern ostrich, or Struthio camelus australis, is limited to the southern part of Africa, in the regions lying to the south of the Zambezi and Kunene rivers as the name suggests. This bird’s feathers were once a prized commodity in the areas around the Cape of Good Hope, and hence it was domesticated in the olden days.

A rather distinct species as compared to the other three, the Somali ostrich (Struthio camelus molybdophanes), is found only in eastern Africa, more or less limited to the region known as the Horn of Africa, in countries like Kenya, Ethiopia, and Somalia. Unlike other subspecies, the females are larger than the males. These ostriches sport a white plumage, with the females having a brownish tinge to them. The other distinguishing character of this ostrich is the color of their thighs and neck, which is grayish-blue, and which changes to a deep blue in the mating season. Even though it shares the same habitat as the masai ostrich, it is different in its feeding habits by preferring to browse in areas which have taller trees and dense vegetation.

Another recognized subspecies, namely the Middle Eastern or Arabian Ostrich (Struthio camelus syriacus) was abundantly found in parts of Syria and in the Arabian Peninsula as recently as 1966. It was marginally smaller in size to the North African ostrich. Sadly, with the area drying up, and extensive poaching and use of firearms in the region, this subspecies was completely wiped off from the face of the earth.

The ostrich is a large, beautiful bird, and even though it is very widely distributed in the African continent, these amazing birds were once illegally hunted for their feathers which were used to make fashion accessories, and for their skin which was used to make leather, which proved to be strong and durable. The red-necked and Somali ostriches are still being hunted down for their meat and eggs making the red-necked ostrich being listed as critically endangered. Proper care must be taken to conserve this largest and heaviest species of bird on the planet, so it does not face the danger of total extinction.