Did you know that the barn owl has the ability to memorize the complex sounds associated with a certain type of prey? More of such amazing facts about the barn owl have been listed in the following article... 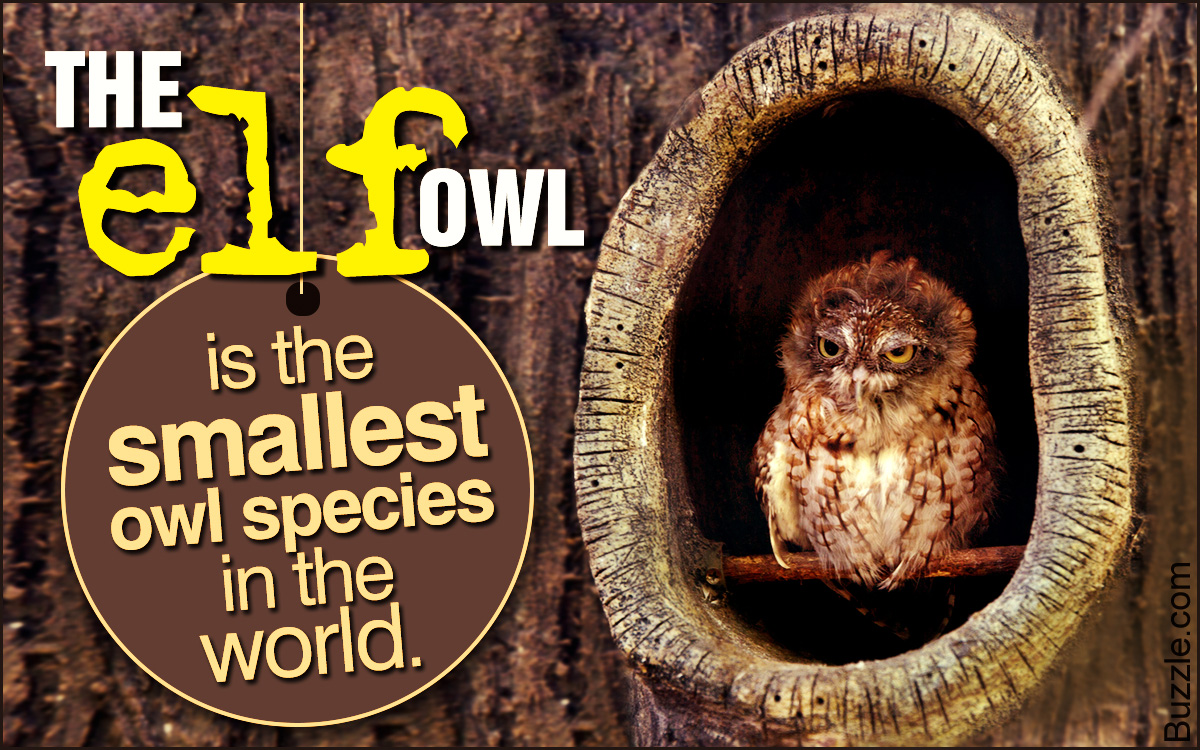 Did you know that the barn owl has the ability to memorize the complex sounds associated with a certain type of prey? More of such amazing facts about the barn owl have been listed in the following article… 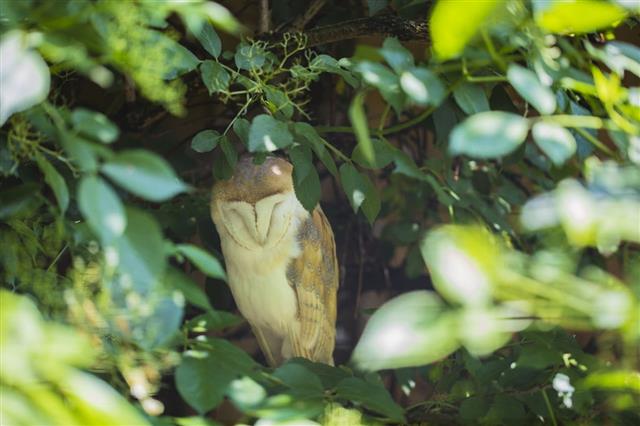 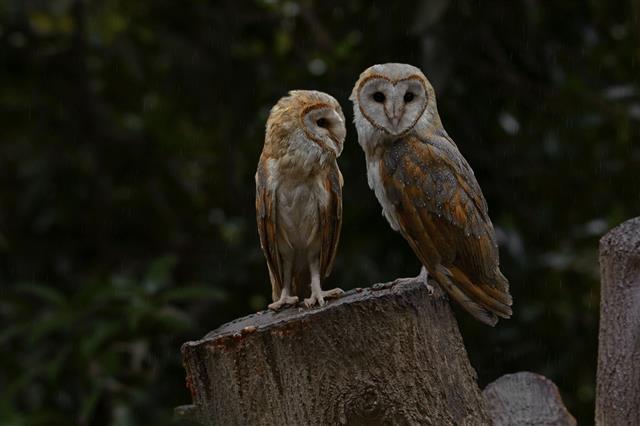 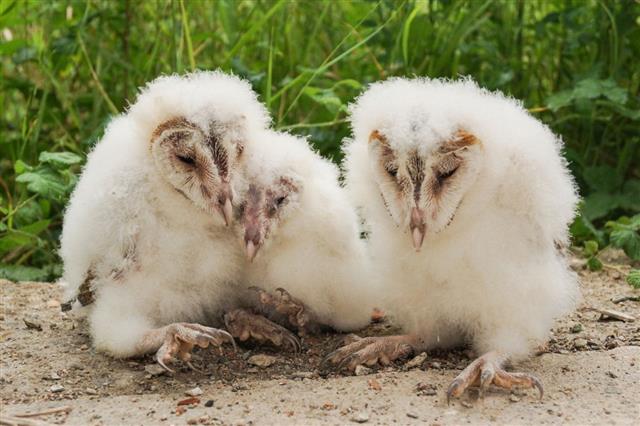 Barn owl is a much-loved countryside bird that people are familiar with, owing to its wide distribution. It is also one of the most widely distributed birds in the world. There are two main families of owls: Barn owls (Tytonidae) and True owls (Strigidae). Furthermore, there are two subspecies in the barn owl family; Common barn owl (Tytoninae or Tyto Owls) and Bay owl (Phodilinae). The following article focuses on the facts about the common barn owl or the Tyto Owl.

The barn owl has a distinctive appearance with a white heart-shaped face with no ear tufts and sharp black eyes. This striking appearance of the bird is complemented by the rich apricot plumage covering the bird’s head, back and outer wings. Unlike other owls that ‘hoot’, the sound made by the barn owl can be described more as a hiss or a snort. It is also known by many names such as white owl, monkey-faced owl, silver owl, demon owl, ghost owl, death owl, night owl, rat owl, church owl, cave owl, stone owl, hissing owl, hobgoblin or hobby owl, dobby owl, screech owl, straw owl, barnyard owl and delicate owl.

When seen in flight, barn owl gives the impression of a large white bird. The male barn owl is whiter than its female counterpart. It has plumage ranging from shades of yellow, apricot to rich brown, and is freckled with dark specks. It has long, feathered legs and a short squarish tail. The large black eyes of the bird look forward in a fixed position and cannot move to the side. Consequently, it has to turn its head to see to the side or back.

Female:
The female barn owl measures between 34-40cm i.e., 13.4-15.7 inches and weighs around 570 g (1.3 lbs). It has a more reddish chest and is usually more spotted on the breast than the male. These spots indicate the quality of the female. Females that are more heavily spotted get fewer parasitic flies and may be more resistant to parasites and diseases. Female barn owls lay about 5 to 7 white, spotless eggs during one cycle, and it takes from 32 to 34 days for the first egg to hatch. The offspring are called “owlets”, and are swaddled in snow-white down for 6 days. This is gradually replaced by a buff-colored down which develops into a thick, woolly covering that is still in evidence for about 50 days.

Eating Habits
In the wild, barn owls feed on mice, squirrels, voles and shrews, but may capture small birds, insects and reptiles when these are scarce. They do not have teeth and hence are unable to chew their food. So they catch small creatures and swallow them whole. Sometimes if they find a larger prey, they have to tear it into small pieces before swallowing. They bring back the swallowed food for regurgitating the indigestible parts such as bones, nails and hair. There are two stomachs in the owl’s body to carry out the regurgitation process. The food eaten by the owl goes into the first stomach that is at the top wherein the digestive juices separate the food stuff from the indigestible items like bones, hair and nails. The separated food then goes down in the second stomach while the indigestible stuff is squeezed together in the form of an owl pellet in the first stomach. The owl finally spits up the owl pellet.

Distinctive Hunting Abilities
Barn owls are nocturnal, and usually wait until dark to hunt. However, they may venture out during daylight when they need to feed their offspring. It makes no sound when in flight, and sweeps down to catch the prey off guard by its long, slender talons. The bird has good low-light vision, which enables it to easily spot its prey at night by sight. However, its hearing abilities are par excellence. It has the best ability to locate the prey by sound alone, of all the animals that have ever been tested. It can catch mice in complete darkness in the lab, or hidden by vegetation or snow out in the real world.

Habitat
Barn owls inhabit open spaces that include marshes, deserts, grasslands, strips of forest, agricultural fields, shadowed or enclosed area in an old building, tree cavities or a hole in a rocky cliff. A pair of barn owls, according to recent studies, require about 20-25 km of a field edge with various suitable roosting sites. The best suitable habitat for owls amongst all are the rough grasslands with a good availability of rodents, especially voles. Field edges with sufficient water sources and grasslands alongside prove to be ideal hunting habitat for these birds. As far as migration is concerned most of them prefer stability, however some, especially the young ones move in southward direction during the fall.

Unique Features
The unique and amazing fact about barn owls is the position of their ears. Interestingly opening of one ear of this nocturnal bird is higher than the other. This peculiar ear position enables the bird to locate the prey at the ground level. The facial disc of this bird acts as a radar dish or a reflector channeling sounds into ears. A cue as to which direction the sound is coming from is determined by the time required for the sound to reach each ear. Also the intensity of the sound perceived by each ear is another cue to locate the destination of the sound. For example, if the sound is coming from above it will seem louder to the ear with higher opening and the owl will know the exact location of the prey. If the sound is equally loud in both the ears, it indicates that the prey is right in front. Another noticeable fact about this bird of prey is that it is associated with omens, witchcraft and death.

While the barn owl population is stable in some parts of the world, the seven mid-western states and nine other states list them as threatened and the species of concern. The reason behind the declination of this species is severe loss of habitat. This loss of habitat is due to drastic changes in the agricultural practices and rapid growth in urbanization. In modern agricultural techniques, use of insecticides and pesticides is indirectly killing the food source of these birds. Similarly their nesting and roosting places like trees, open barns and buildings are destroyed due to modernization. 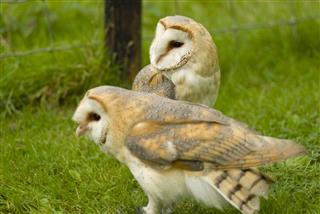 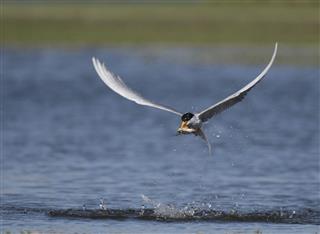 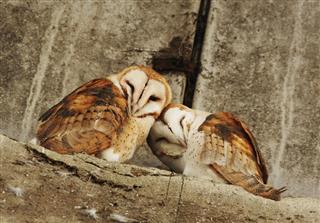 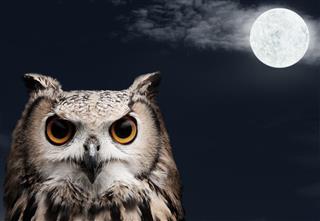 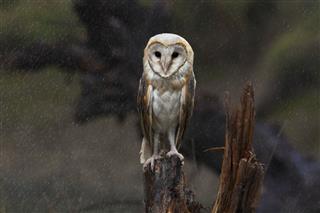