How Do Parrots Talk?

Home / Uncategorized / How Do Parrots Talk? 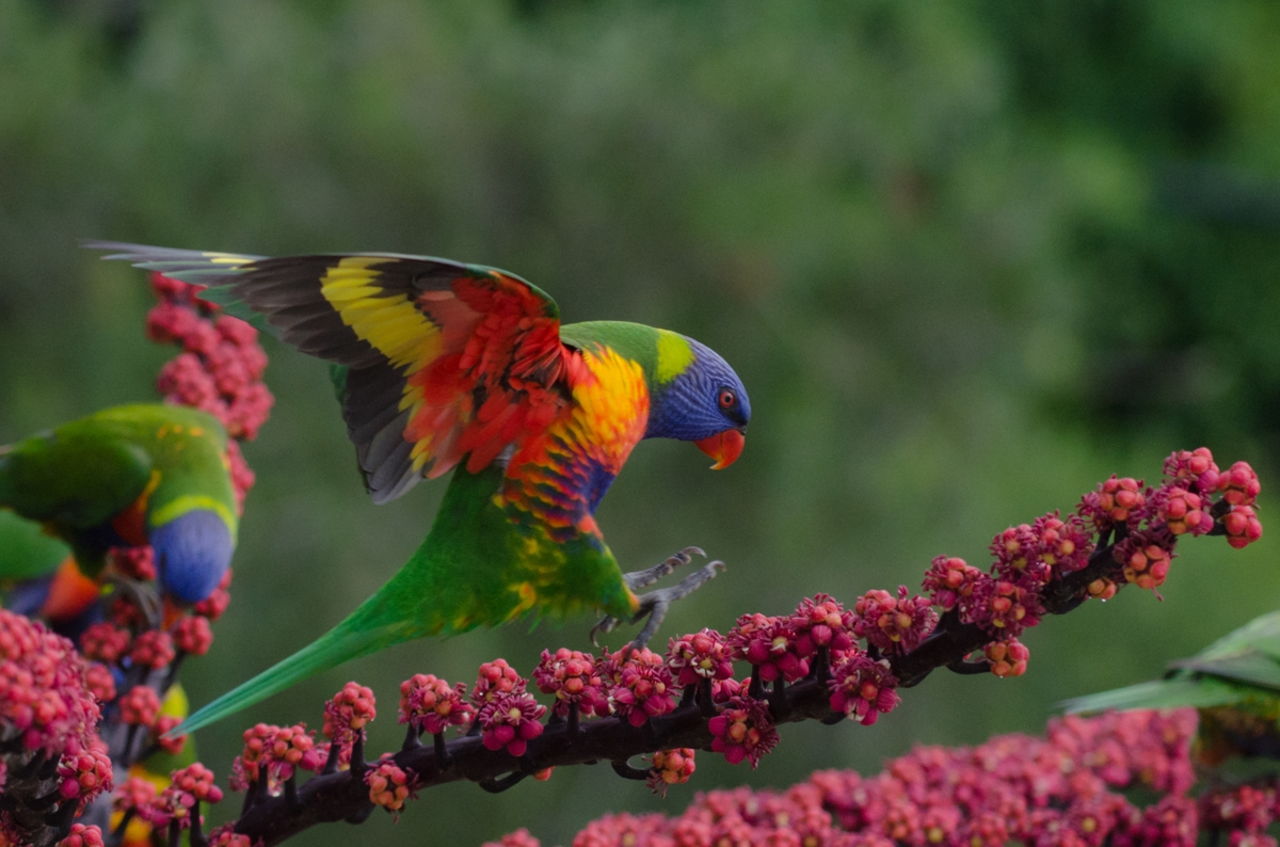 Have you tried training a parrot to talk? There are some parrots which can talk. Now, do they understand words like we do, is another question. But some types of parrots do produce sounds that can be interpreted as words and some of them can actually be trained to talk. Do all parrots talk? What parrots talk the best? That’s something we will try to answer in this BirdEden article. We will also see how difficult or easy it is to train parrots to talk and what it is that differentiates a parrot’s talk from that of other birds.

Birds are intelligent and social in nature. It’s in their nature to want to communicate and try to interact with those around. So, it’s obvious for birds kept as pets to be able to communicate with the people in the house. When brought home, birds look at you as a part of their social circle and try to communicate with you in their way. In this effort, these birds acquire your language, to at least a small extent and try to talk like you do. Intelligent that they mostly are, birds can mimic you. They can even produce sounds resembling those of other birds. Apart from their urge to communicate, they also find the human sound interesting. Pet birds master the art to reproduce human-like speech, primarily because of their urge to communicate with people and also because our speech catches their attention. How do birds talk? They have a small structure called syrinx located in their throat. The medial tympaniform membranes on the syrinx bring air flow in the throat, leading to production of sound. Birds have multiple air sacs which play a part in causing vibrations of the tympaniform membranes, thus producing sounds.

Similar to how children learn to talk from their parents and people around them, birds too, acquire the ability to speak from their parents or other birds they come in contact with. Studies have shown that birds novice to speech, if kept in the company of talking birds learn to talk easily. In fact, the company of a bird which knows how to talk is perhaps the best way to train a bird to talk. It’s not just parrots, even birds like the crow and budgerigars can talk. European starlings can mimic sounds, while others like macaws and hill mynas can also talk. And among parrots, the most prominent ones are the Amazon parrots and the African Greys. The first answer you would get to ‘which parrots are the best talkers’ is the ‘African Grey Parrots’.

How Do Parrots Talk

Like we saw earlier, it’s the syrinx of these birds that causes the production of sound. Parrots do not have vocal cords like we do. The expulsion of air from the trachea leads to production of sound. Parrots change the shape and depth of their trachea to produce different sounds. We call it ‘talking’ but it is nothing very different from the normal chirping or cooing. The bodily mechanism with which the sound is produced is the same. We call a particular sound as ‘talking’ because of its distinct quality, i.e. texture, frequency, and tone. It somewhat resembles human speech, which is why we refer to it as the parrot talking. The talking of parrots can be compared to that of kids, who have just begun to speak. Like kids want to mimic what the elders say, even parrots do. They produce sounds similar to human speech in trying to mimic humans and also gain their attention.

How can parrots talk so clearly? And how do they learn to? It will not be an exaggeration to say that parrots talk almost instinctively. A need to communicate is in their nature. They want to interact, they take interest in trying to reproduce the sounds they are exposed to, they want to mimic everything they hear. And that makes parrots talk. Moreover, they are intelligent birds, which is why near-perfect reproduction of sound is not very difficult for them. They have mastered the art of mimicry and that’s how parrots talk!

If you have a parrot as your pet, it’s up to you to encourage it to talk. (If at all you want to!) You can be the proud owner of a talking parrot if you give it the right training. True, a parrot will begin mimicking you without you telling it to. But it will also expect you to respond positively. Your parrot will want you to teach it different sounds and train it to talk. Basically, it will seek your attention and for that, it will start imitating your words and even your voice! How can parrots talk while other animals cannot? It’s in their nature, as I said earlier, and it’s also because they are intelligent and social.

Why do parrots talk? Gathering attention is one reason why parrots talk. The second reason is their urge to communicate. Parrots talk to satisfy their social need. And the most important reason is their ability to mimic sounds. Simply put, parrots talk because they can. But, do parrots understand what they say? They remember what they hear and reproduce it, without actually meaning what they say. It’s like the kids; they just imitate the words and actions of the elders in the house, without understanding their meaning or context.

How to Teach a Parrot to Talk

Parrots, being clever can associate their words with actions. These feathered friends can be trained to correlate words/sounds and actions. For example, if your parrot has heard you say “Hello” whenever a guest enters, it will also learn to greet your guests with a hello-like sound. Or if it observes that it is being offered food when it makes a certain kind of sound, it is intelligent enough to make that sound, its cry for food! Similarly, you can also train your parrot to say certain things in certain situations. For example, a ‘welcome’ when someone enters your house, or a ‘goodbye’ when someone’s about to leave. You can even teach your parrot a song! The tune will go for a toss, but it will get the lyrics right! You can teach your parrot to talk by repeating words and phrases you want it to learn and by offering it treats whenever it mimics you. Keeping it in the company of an already talkative bird is also a good way to teach your parrot to talk. Learn more on teaching a parrot how to talk.

What parrots talk the best? African Grey Parrots, Amazon parrots and the Macaws, as we saw, are the most talkative of the lot. African Greys have excellent cognitive abilities. Alex, an African Grey parrot had a vocabulary of 100 words, and according to the World Science report of 2005, understood the concept of zero. Now isn’t that amazing? Prudle had a record vocabulary of 800 words. N’kisi, another African Grey even has a sense of humor. Arielle, a Macaw parrot uses a vocabulary of 4000 expressions, Moreover, she uses correct English. (Now would you say, parrots don’t understand what they say?)

If you happen to see parrots talking to each other (wink), don’t sit bemused. You know they can talk and you also know how!