Essential Advice on How to Care for Baby Cardinals

What can you do if you find an abandoned or orphaned baby cardinal? You don't want to leave it to its fate and nor do you know what exactly you should be doing. BirdEden tells you how to care for baby cardinals, for you to be better prepared in such a situation.

Home / Uncategorized / Essential Advice on How to Care for Baby Cardinals 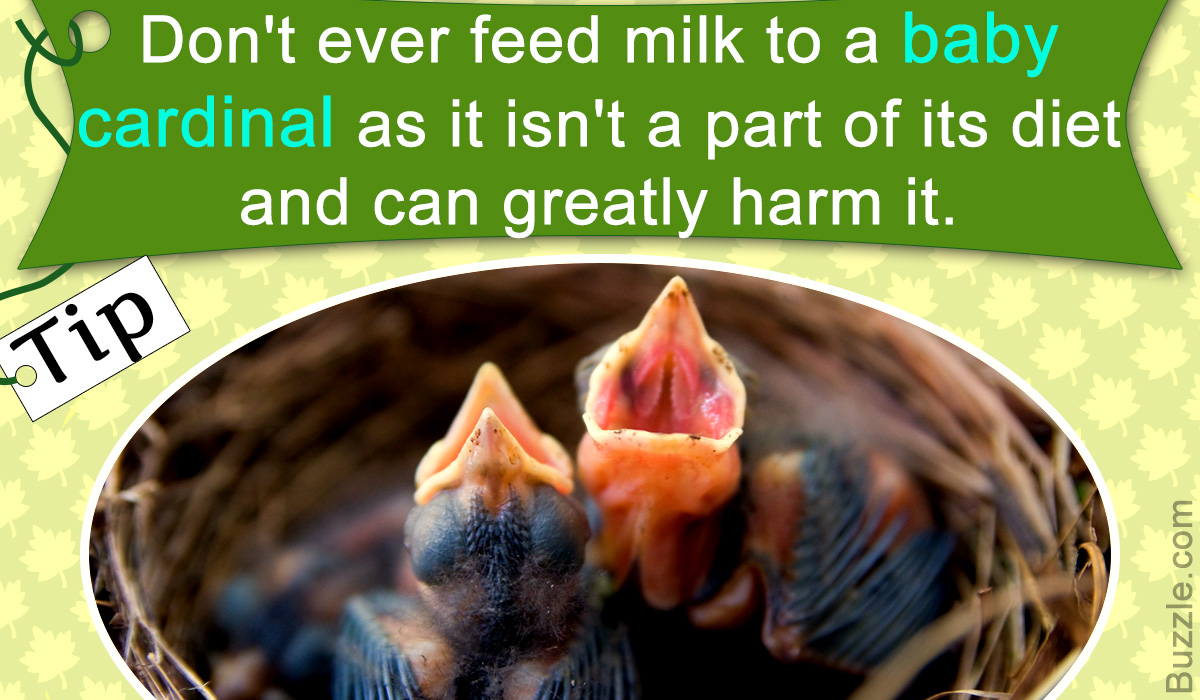 What can you do if you find an abandoned or orphaned baby cardinal? You don’t want to leave it to its fate and nor do you know what exactly you should be doing. BirdEden tells you how to care for baby cardinals, for you to be better prepared in such a situation.

Is it just me, or do cardinals remind you of the popular Angry Birds, too? Jokes apart, cardinals are very pretty songbirds that are found almost all over North America. The Cardinalis Cardinalis, also known as the Northern cardinal, redbird, and common cardinal, is a medium-sized bird with a crest on its head and a mask on its face.

Unfortunately, birds are constantly fraught with some or the other kinds of risk―their nests can be destroyed because of felling of trees, cats, dogs, and bigger birds who are on the lookout for a feast, or a storm may not be very merciful to these little creatures. So, it cannot really be considered a big surprise if you come across a baby bird that needs help, but what can you do for it without putting it into further danger? In this BirdEden article, we’re going to discuss taking appropriate care of baby cardinals in particular.

To begin with, how can you identify a baby cardinal? We understand that you may get muddled between different types of little ones ’cause they do look somewhat similar, don’t they? Though there is a stark color difference between the male and the female cardinals, the young tend to look like their mothers before they get their feathers. Now, the possibility of you finding an abandoned feathered cardinal is almost nil. So, we’re attaching a picture of the young ones so that you know what they look like when you see them. Note the adorable father feeding his babies!

Taking Care of a Baby Cardinal

Taking care of a baby, be it of any kind, is no easy task. You need to make sure that everything you’re doing for the baby is going to be only beneficial, and not end up harming it. However, it is one of the most satisfying things you can do, and so, make sure you follow the guidelines given below to ensure your little cardinal is well-taken care of.

First and foremost, please bear in mind that possession of a wild bird without a licensed permit is illegal in America. Don’t be tempted to keep a baby cardinal with you only because you’re attached to it or you want a pet, you could get into serious trouble for doing so. Get involved in taking care of a wild bird (including cardinals) only and only when there is no other way out. We don’t mean to sound heartless, but if you feel the bird can fend for itself, let it be. Really.

Get in touch with your local wildlife sanctuary, wildlife rehabilitation center, or even the vet, who may be able to help you further. These centers are well-trained and licensed to take care of the birds much better than any of us are. They might not have a pick-up service, but see if they agree to take the bird. You should try raising the baby cardinals on your own only if they refuse to help or admit the bird.

Identifying if a baby cardinal is abandoned

Before concluding that the bird is abandoned or orphaned, perhaps it would be a good idea to get all our facts straight. Check if the baby cardinal has begun to feather or not. If it has opened it eyes, has begun to feather, and is hopping around on the ground, there’s a good chance that it hasn’t been abandoned, but is learning to fly. Babies tend to fall from their nests, from where they eventually learn how to take flight through little hops and jumps. If you feel the cardinal is in danger from being nicked by a cat or dog, try to keep the vicinity free from these predators, or simply move the bird to a low-rise branch or bush.

In case the baby cardinal has not opened its eyes yet, and you find it on the ground, try looking around for a nest. It is a very popular myth that a mother bird will not accept the babies once a human has touched them. Birds have a poor sense of smell and can rarely understand if a human has touched the young ones or not. Don’t disturb the nest, but leave the bird in it, and don’t stay in the immediate vicinity as you might scare the parents off.

When handling baby cardinals, be very careful. Once you’ve decided to raise it on your own, pick it up gently in your cupped hand and don’t hold them by their legs or wings. Don’t make loud noises around the baby birds, it may greatly disturb them. In case the baby cardinal is squirming or jumping, gently restrain it by holding its lower neck between your thumb and forefinger. However, we repeat, be very, very, very gentle.

Place the baby cardinal in a warm, comfortable area of the house. A box or a similar container can make a good house for the little bird. Put some shredded newspapers or uneven pieces of cloth to give it a nest-like feel. Flat surfaces are said to harm baby birds. Making your DIY nest with hay or straw may not be a good idea as the moisture in it will cause the bird to get really cold. Change its bedding regularly.

To keep the baby cardinal warm, you can either place a heating pad set on low under the box (not inside the enclosure in any case) or place a lamp at quite some distance from the bird’s box. This will ensure that the baby cardinal receives enough warmth, just like it would have if it had been in its own nest.

When it comes to feeding baby cardinals, again, be very careful. Some people believe that feeding milk through droppers is ideal, but this is not the case. Baby cardinals, in fact, birds, do not have dairy as a part of their natural diet, and mother birds do not nurse their young. Don’t ever try feeding the baby cardinal milk or lactose products as it will do more harm than good.

You can soak cat food or dog food in water, and then feed it to the bird in a mashed form. You can even make a paste with your blender. The easier it is for the baby cardinal to eat, the better. Contrary to popular belief, bread is not a good feeding option. As the baby grows older, you can introduce it to things like mealworms and other items which it will find outdoors such as berries or seeds. Feed using tweezers or a dropper, depending upon how old it is. Feed the bird about every 20-30 minutes, but don’t force it in any way.

You mustn’t give the baby cardinals water. Its water needs will be fulfilled through the moist food that you give it. Ask a vet for assistance when it comes to fulfilling the bird’s water needs.

Once you see that your bird has begun to eat on its own, stop feeding it with your hands. You need to remember that it has to return to the wild, your hand-feeding habits, though out of sheer concern, will not help it survive outdoors.

As it begins to eat on its own, move it into a bigger cage or enclosure, and place that outdoors (in a safe place, of course, or a cat might get to it) so that the bird is used to the sights and sounds of the wild. Once you can see that the bird does not need you for food, let it go. We understand that this separation will be extremely hard, but it is for the best. Cardinals belong in the wild. You don’t have to physically let it go on your own, just leave its enclosure open so that it flies away on its own. It might keep coming back to the cage for food and water, but you’ll know that it has successfully adjusted into the wild once it stops visiting.

Remember, possession of any kind of wild bird, including cardinals, is illegal. The best thing you can do if you find an orphaned baby cardinal is to contact the local animal shelter or wildlife rehabilitation center, as they are well-trained and well-aware of what needs to be done and how. Also, make very sure that the bird is orphaned or abandoned, or your efforts might actually be depriving the cardinal from its natural habitat. 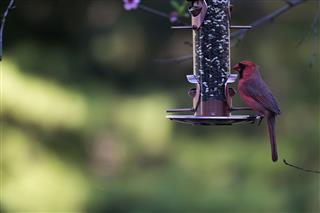 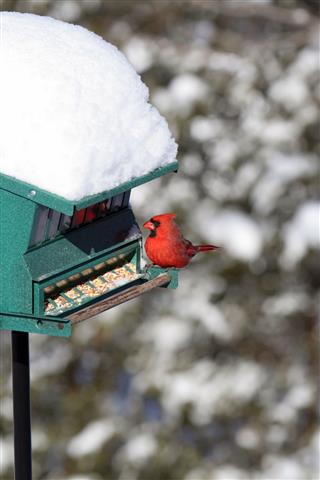 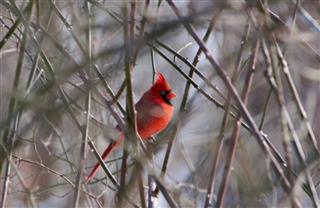 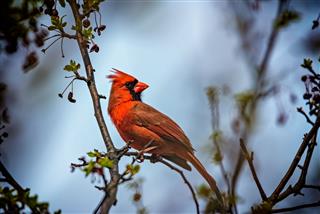 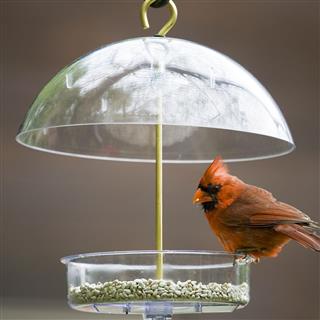