Medium to large in size, gulls are seabirds that belong to the Laridae family. Highly adaptable and intelligent, these birds are known to have complex methods of communication. BirdEden enumerates a few interesting facts about seagulls.

Medium to large in size, gulls are seabirds that belong to the Laridae family. Highly adaptable and intelligent, these birds are known to have complex methods of communication. BirdEden enumerates a few interesting facts about seagulls. 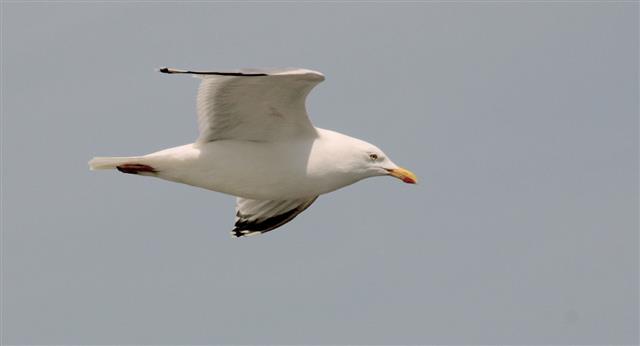 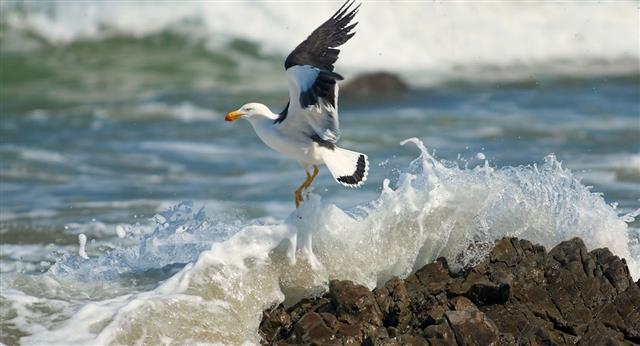 Built in 1913, the Seagull monument in the Salt Lake City commemorates the ‘Miracle of the Gulls’, an event wherein the seagulls ended a severe cricket infestation, thereby helping the Mormon settlers.

Gulls are birds that belong to the Laridae family. Initially, most of the species were included under the genus Larus. However, several species have been placed under other genera. The characteristic features of these white or gray-colored birds include webbed feet, long bill, black markings on the head or the wings. While the term ‘seagulls’ is often used by most of us, ornithologists refrain from using this term.

What sets them apart from most birds is their highly adaptable nature and intelligence. Though the term ‘seagulls’ suggests that these birds live around sea or water bodies, gulls sometimes move away from the coast, nesting on the rooftops. It is believed that this might be due to the availability of ample food in such areas, along with the less likelihood of attacks by predators. Ornithologists who have studied the behavior of these birds agree that they are extremely adaptable. They are opportunistic scavengers, and even snatch food from people.

There are several species that live in North America, South America, Europe, Australia, the Caribbean, and Antarctica. Though the term ‘seagulls’ suggests that the habitat of these birds would be restricted to coastal regions and water bodies, that might not be case always. In fact, gulls can live in landlocked regions.

Gull with a fish in its bill

Seagulls prefer live food. They often feed on small fish, shellfish, crab, worms, insects, bird eggs, seaweed, mollusks, etc. They have an excellent vision, which allows them to spot food while they are flying overhead. They are not picky, and will eat anything that is available. In fact, they often pick food scraps from trash. Availability of food might prompt them to build nests and breed near landfills or towns located around the coast.

✦ Noisy by nature, seagulls are known for vocalizations ranging from harsh wailing calls, ha-ha-ha, hiyak-hiyak, yuk-yuk, to yodeling calls. When in flocks, they can be extremely noisy.

✦ Seagulls are monogamous; they mate for life.

✦ They have an organized social structure. They protect each other. In fact, once a few nests are established in an area, others start moving into that area. In case, they perceive a threat, they join in driving away the intruder.

✦ Parents are very protective and caring. They often hide their young in crevices. The male and the female sit on the eggs. The eggs hatch after three weeks. Parents look after and feed the chicks. After three months, the chicks begin to fledge. This process continues till about three years. Before they reach maturity, the color and the pattern of plumage often varies. Thereafter, these mature gulls start breeding.

Young gulls in the nest

✦ Chicks form and stay in flocks till they turn into adults. Adults watch over them as they play and learn the skills that are essential for survival. Adults feed them till they are ready to breed.

✦ The body of the gulls is mostly white with black wingtips and darker color on the head. However, some of them have bodies that are entirely gray or white. Ivory gulls are completely white.

✦ Unlike several birds, seagulls can drink salt water. This is due to the presence of a special pair of glands located just above the eyes. These glands help remove the excess salt from their body through openings in the bill.

✦ They have water-resistant feathers and a sharp beak to tear through flesh.

Sharp beak of a Ring-billed Gull

✦ A second claw located midway up their legs enables them to maintain their balance while sitting on elevated surfaces, without getting blown away by strong winds.

✦ Their large wings help them to dive, soar high, and swiftly change directions even during extremely windy days. Their excellent flying skills and maneuvers allow them to snatch fish from other birds in flight, or force other birds to drop food, which they grab before it can fall into water.

✦ Some of the species, especially Heermann’s gulls, are known for exhibiting kleptoparasitic behavior. They often steal food from pelicans and other birds.

✦ Their intelligence is established through their behavior. For instance, they often drop hard-shelled mollusks over hard rocks so as to open them.

✦ Another interesting fact about seagulls is their ability to pass on their hunting skills to others.

✦ Their intelligence is demonstrated by the fact that flocks trick or lure earthworms to come to the surface by stamping their feet in an attempt to imitate rainfall.

✦ The population of gulls in North and South America has increased in a big way. For instance, a colony of laughing gulls in the Jamaica Bay Unit of Gateway National Recreation Area, New York, increased from 15 pairs in 1979 to 7,600 pairs in 1990. However, there are some species that are listed as vulnerable (Lava and Olrog’s gulls), near-threatened (Heermann’s gull, Ivory gulls), and endangered (Black-billed gull).

There’s no denying the fact that seagulls can be a menace. Besides their potential for creating noise pollution, they can also damage crops and be responsible for transmitting certain diseases. They might also attack humans if they perceive them to be a threat. Being classified as migratory species, gulls are protected by federal laws and state laws in most cases. As per the Migratory Bird Treaty Act, killing, selling, purchasing, or having migratory birds or their parts (feathers, nests, eggs, etc.) in possession is illegal, except as permitted by regulations adopted by USFWS (US Fish and Wildlife Service) and DEC (Department of Environmental Conversion). Though a federal permit is not needed to frighten gulls, frightening techniques must be used by qualified personnel. It must be noted that a permit is required to kill gulls in many states, and it will be issued only if other techniques have been found to be ineffective. 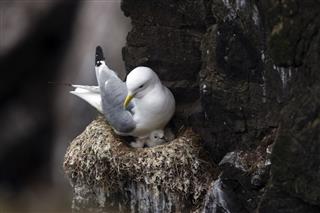 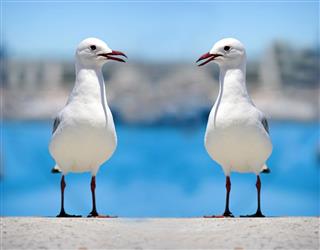 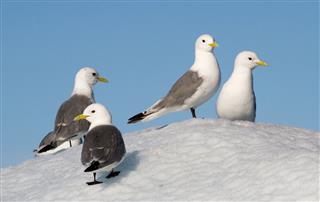 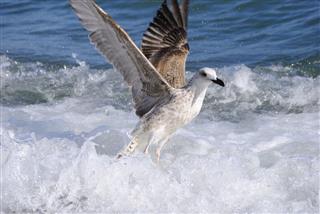 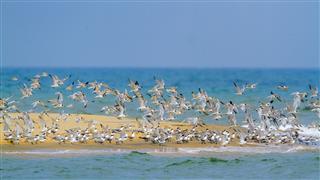 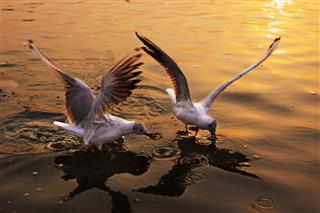 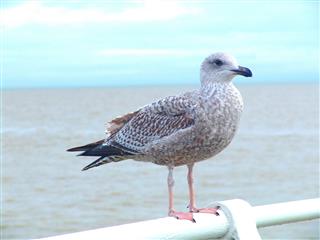 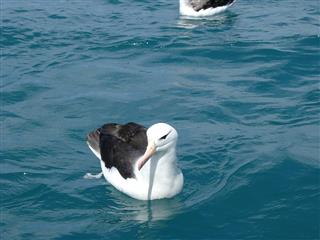