Amazing Facts About Ravens You Were Not Aware Of

Black looming with a distinctive and deep call, the raven is one of nature's most prominent omnivore birds. Closely related to the crow, this hardy bird species is highly intelligent, eye-catching and shows an engaging personality. Intrigued? Read on, to learn some interesting tidbits about the raven.

Home / Uncategorized / Amazing Facts About Ravens You Were Not Aware Of 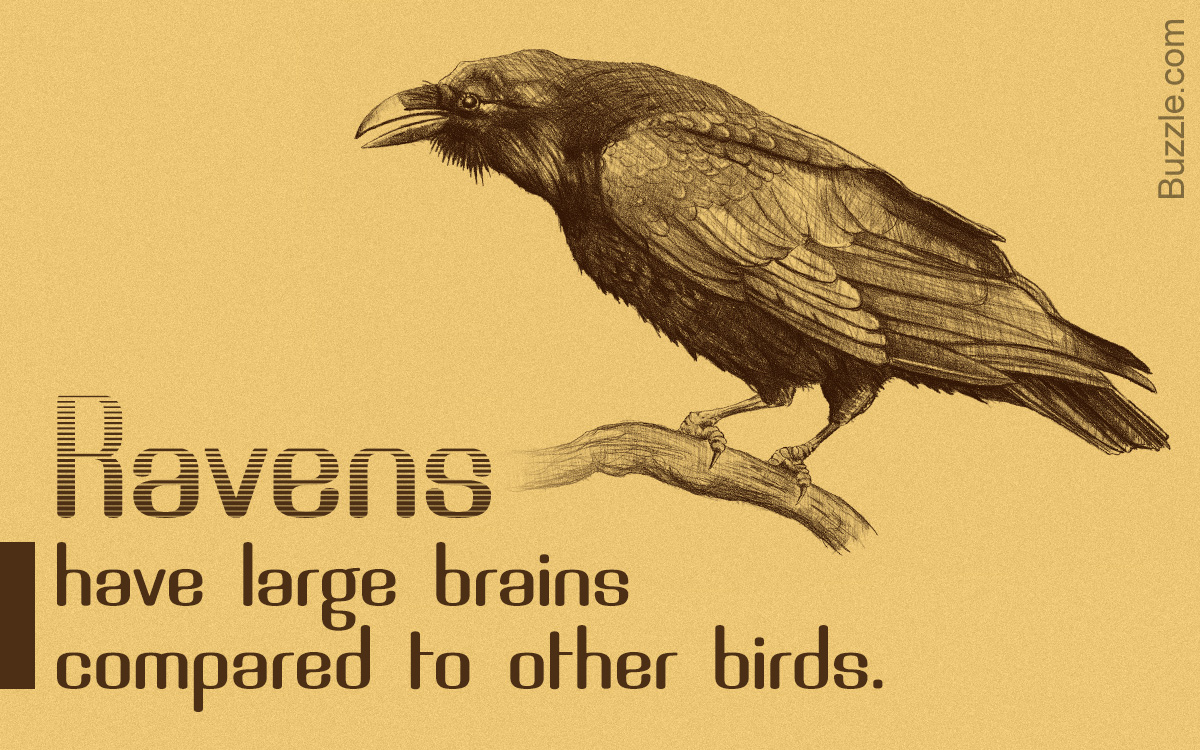 Black looming with a distinctive and deep call, the raven is one of nature’s most prominent omnivore birds. Closely related to the crow, this hardy bird species is highly intelligent, eye-catching and shows an engaging personality. Intrigued? Read on, to learn some interesting tidbits about the raven. 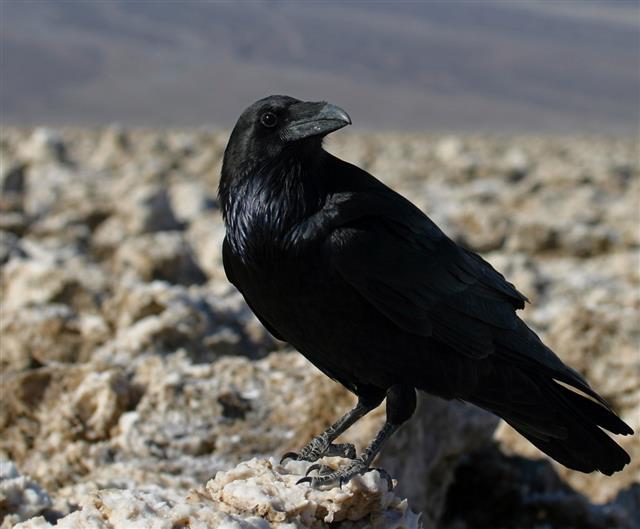 Messenger of doom, ominous bird of ill-will or evil, nasty black flying beast… a few titles of one of nature’s most misunderstood species, the raven or member of the Corvus genus of bird species. But can one bird be all that bad? Take a look at the following trivia and tidbits about the raven, to get a real glimpse into the life of this winged animal.

There are 8 sub-species or types of ravens with slight differences in size or habitat. The larger species amongst these are the thick-billed raven and the common raven. Smaller types are the fan-tailed raven and the Chihuahuan raven.

Ravens are synonymous with the color black. They have a deep, rich black plumage, showing a bluish or purplish glossy tinge or sheen in light. Around the neck, ravens have lightish gray feathers. During the molting phase, a raven’s feathers start to turn brownish or copperish, before they fall off. Juvenile and young ravens are a little shabby, as their plumage starts off as brown especially with the tail and neck feathers.

Not Your Average Bird Behavior

It is believed that ravens mate for life, after pairing up soon after attaining sexual maturity. They are even observed to use the same nest for bringing up their offspring. Some nesting ravens will drop large stones or objects on predators approaching their nest, in order to distract them.

Female ravens are rather picky in choosing a mate and look for certain qualities or traits. A good mate should be capable of providing or obtaining food and be reasonably smart. But it’s not all about being a breadwinner, a good mate should have a “need for speed” trait. Indeed male ravens go all out in the quest to attract a mate.

They perform amazing aerial stunts that can put even an eagle to shame. Diving, twirling mid-air, flying upside down for a distance, chasing each other, mid-air stops and starts, flying in loops, locking talons etc, are just a few acrobatic sky maneuvers that ravens perform to show off during mating season.

Ravens are amongst the brainier animal species. Not only are their brains bigger in size as compared to other birds, they are very very smart in solving puzzles, imitating others and show remarkable insights and skills that are not instinctive in nature. They are considered “inventors” or animals that can identify a problem and solve it efficiently and quickly, as opposed to most species that perform trial-and-error.

A large carcass with bones cannot be broken with a raven’s beak, so the ravens attract wolves and coyotes to the carcass. They wait for the animal to break open the flesh and sneak around them to eat the now opened flesh.

Ravens collect food and hoard it in caches but they are very secretive about their locations. Flock members will however spy on each other, just to find each others caches and then steal from the other raven’s cache! But the stolen-from raven learns from these incidents and next time, will fly further away to make a food cache, for a better hiding place. It will even trick its followers by making a “pretend” or fake cache, so that the thieves are fooled into stealing from an empty cache.

Ravens have few natural predators, the most notable examples being the red tail hawk and the great horned owl. But a flock of ravens will band together and mob or jeer at the sight of these birds, to intimidate them into flying off.

Ravens also steal or raid other animals food caches like foxes. They are quite fearless around large predators, like the Gray Wolf and have been observed stealing prey literally from under a wolf’s nose. They even gather at other birds nests to wait for the mother to turn her back and then snatch off a chick. They can hunt in a large flock, especially for a prey that is too large for a pair or a single bird.

Ravens are regarded as one of the most playful and naughty of all avian species. They like harassing dogs and cats by pulling their tails or sneaking up on them and cawing loudly in their ears. Ravens have been observed to play catch-me-if-you-can games with wolves. They even like playing at sword fights, by breaking off bits of twigs and bark and fighting with each other. They like to slide in the snow, hang from places upside down and in snowy areas, they even push snow from roofs onto humans below.

A notable case of raven behavior is with bird baths or decorative garden sculptures that hold water. During the nesting season, parent ravens look for a source of water close to the nest, so that they can dip and soften their food in it, to feed to the young ones. This dipping also ensures their babies get enough water. But for garden owners, this means cleaning up a bath full of dead or rotting debris, body parts and feathers from the “dipping” rituals of such solicitous parenting!

Ravens are considered to be harbingers of ill-omen and death in most Western folklore. They are considered so evil, that their favorite food is said to be the flesh of a dead man.

In Chinese, Egyptian, Greek and Semitic myths, the raven is a messenger of bad or stormy weather. In Sweden, they represent the ghosts of murdered people. In Germany, they are symbols of eternally dammed souls.

Odin, the most powerful of all Norse gods, had 2 pet ravens, Hugin and Munin who saw and heard everything and reported such information to Odin.

In the Bible, the raven was the first animal to fly or leave Noah’s Ark, to see if the flood had died down. Ravens are mentioned in 7 of the Bible’s verses.

The raven is a key mythological figure in North American folklore. It is regarded as the beast that created the Earth, a trickster and sly being and even its black plumage is explained in an ancient Indian story.

In Irish Celtic folklore, ravens were mediators between the gods and the mortals. They would bring prophecies and messages between the realm of the gods and Earth. The Celtic goddess Morrigan takes the form of a raven to visit those who will soon die on the battlefield.

The best raven myth is that of the Welsh/Celtic god, Brân the Blessed. The Welsh word for raven is bran. Brân the Blessed was the King of the Britons and was dying after a vicious battle against the Irish. He was so anxious to protect his people, that he told his followers to cut off his head and bury it under the White Hill, so that his presence would prevent Britain from ever being invaded. This is why the Tower of London (built over White Hill) is populated by ravens and has 6 official raven residents. Legend has it that if the ravens ever leave the Tower, the British empire will fall.

From the above amazing facts about ravens, it just goes to show you shouldn’t judge a book by its cover or in this case, a bird by its color. Whether scavenger, predator or prankster, the raven is a classic example of brains with an eye for mischief.