Habitat, Diet, and Other Riveting Aspects About Toucans You Never Knew

Toucans... popular mascot, noisy and instantly recognizable! Find more about this amazing bird and its habitat, through this article.

Home / Uncategorized / Habitat, Diet, and Other Riveting Aspects About Toucans You Never Knew 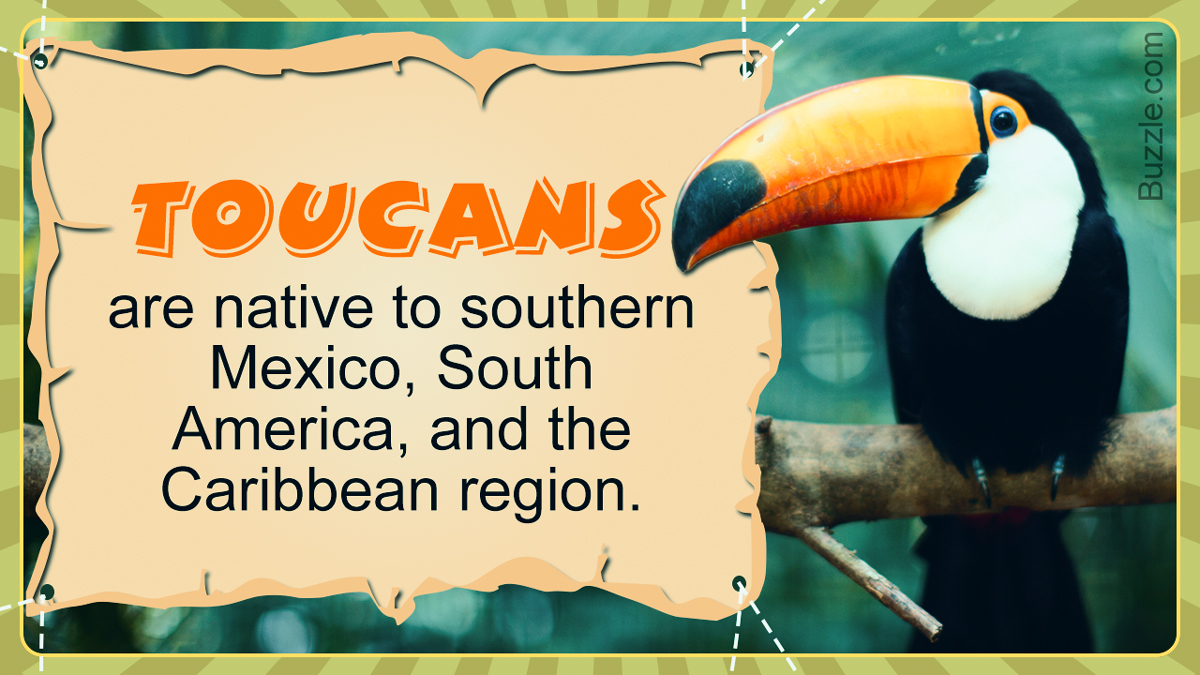 Toucans… popular mascot, noisy and instantly recognizable! Find more about this amazing bird and its habitat, through this article.

Toucans are brightly-colored birds that have a very distinctive feature, their extra large colorful beaks! They are also popular because of their appearance in various cereal boxes as mascots. However, there is a lot more to these wonderful birds than just that.

Toucans are medium-sized birds, the smallest being around 14 inches, and the largest around 25 inches in length. These birds are highly specialized and can live in very small areas. They have a short body, a thick neck, and a rather long tail (almost half their body size). Toucans are forest-dwelling birds and hardly fly far for food or shelter. Therefore, these poor fliers have short wings.

Its most distinguished feature is the huge beak that is brilliantly hued, and can reach around 7½ inches in length, depending upon the age of the bird. The strange thing is that even though the size of the beak is extremely big, it is actually quite light weight, since it is hollow. This chunky beak is made of keratin, the same substance that our nails and hair is made up of. The bird uses it to feed on fruits, and sometimes insects and eggs of other birds. The beak gives it a huge advantage of reaching inside deep holes in trees that are not accessible to other birds.

Toucans are non-migratory birds and seldom fly far. Although, some species of the toucans tend to live alone, most live in pairs or flocks of six. They are extremely noisy creatures, and build their nests high in the hollows of trees that have been abandoned by woodpeckers. Their chunky beak is more for show, as they cannot be used for excavating. Hence, they choose hollows that fit their size, and use it as their nest, year after year.

Toucans lay two to four shiny white eggs per year, which takes around 14 to 20 days to hatch. The male and female both take care of the young ones. While one hunts, the other always stays behind to look after them. The little ones do not venture out until they are around 6 weeks old.

The remarkable toucan is found in the tropical and sub-tropical regions like Central and Southern America, Southern Mexico and the Caribbean. There are around 40 to 42 species of toucans, and most of them are native to the Amazon rainforests of Brazil and Argentina. Around 6 species are found in Costa Rica. Although toucans are generally found in the lowlands, there are four mountain toucan species that live in very high altitudes. These birds are found in the cloud forests of the Andes, ranging from Bolivia to Venezuela. It is observed that toucans prefer open woodlands, river forests, and plantations, rather than dense forests.

Toucans are frugivores, as 95% of their diet consist of forest fruits (guavas, figs, blueberries, with palm fruits being their favorites). During the nesting season, they up their intake of protein and feed on insects, lizards, eggs of other birds, and sometimes even tree frogs and small snakes. Toucans prefer fresh juicy fruits, as they get most of the moisture from them, rather than water. The toucan with its limited use of its bill snips fruits from trees, throws it up in the air and swallows them wholly. Later, the seed is regurgitated, which helps in propagation in the rainforests.

These amazing birds are fairly common in their respective habitat, and therefore they are listed as ‘Least Concerned’. But the increase in deforestation and human habitat is starting to take a toll on some species of toucans. The Gray-breasted Mountain Toucan is one of the species that is listed ‘Near Threatened’ by the IUCN. Toucans also have predators such as some wild cats, larger birds, snakes and rats. Not to forget, humans also capture toucans to keep as pets. All these factors are contributing toward decreasing the number of toucans in the wilderness. 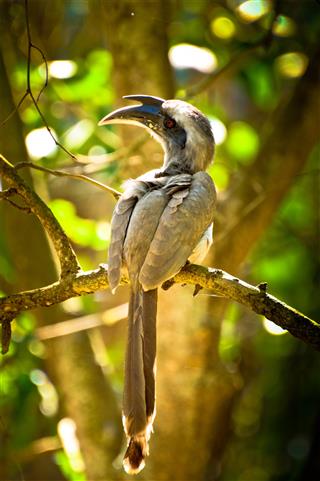 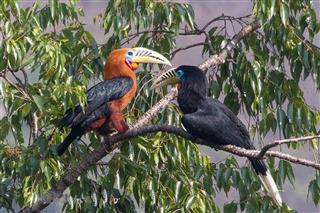 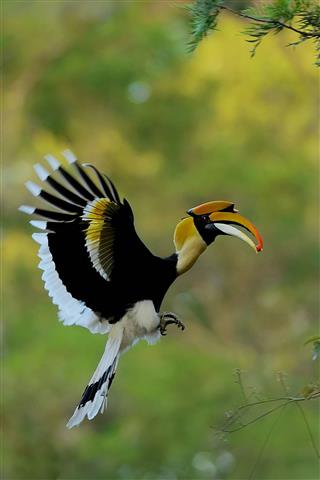