Acquaint Yourself With Every Detail About Flamingo Adaptations

Home / Uncategorized / Acquaint Yourself With Every Detail About Flamingo Adaptations 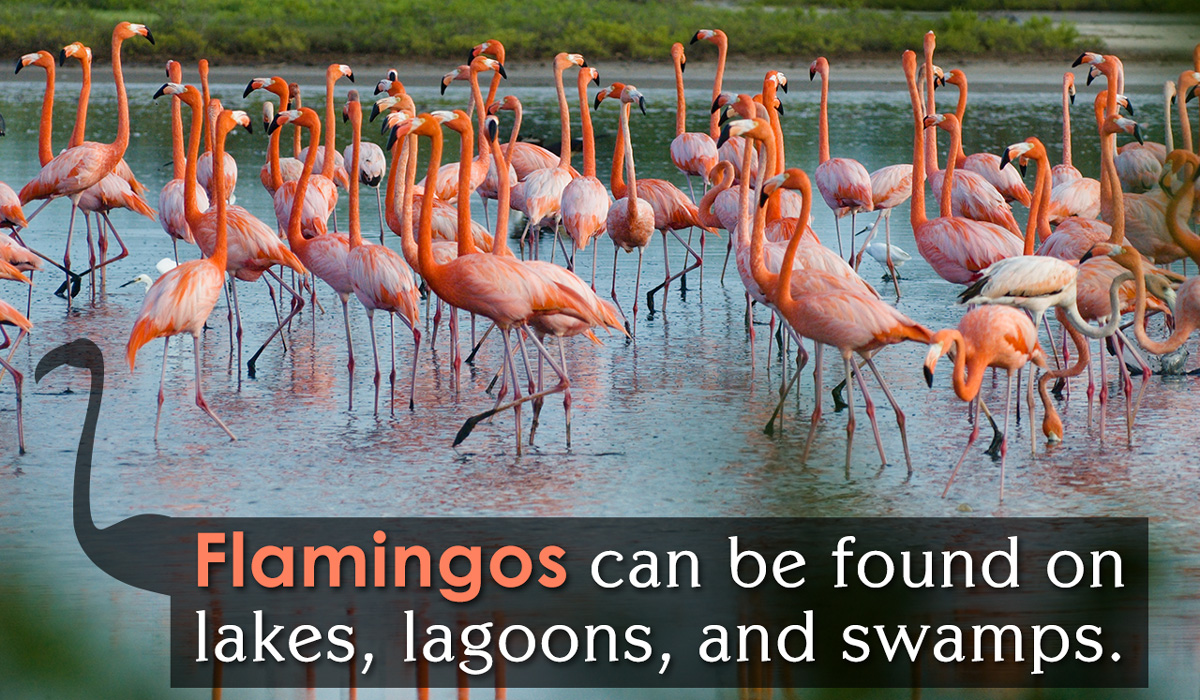 Flamingos are beautiful giant birds which are often seen standing on one leg on water lands. There are around six species of flamingos and each have beautiful plumage. Flamingos can be seen in bright red to pale pink colors. Some flamingos tend to be cream and white colored, while some have orange feathers. The males are generally larger than the females. Flamingos have special physical features which makes them more adaptive towards various surroundings. Flamingos live in many different types of habitats. They can be found in cold and warm areas. Also, they live on mountain areas and flat lands. They can be found on lakes, lagoons and swamps. Flamingos can fly for hundreds of miles a day to reach a particular location. Here are various facts on flamingo adaptations, that will help understand this bird better.

Flamingos are wading birds. Many birds like ducks swim on the water. However, there are some birds that can’t swim. These birds are called wading birds and flamingo is one of them. Some other wading birds are cranes, sandpipers and herons. All the wading birds have special legs. Their legs are long and slender. This allows the birds to walk slowly and without much effort through the water. Hence, these birds can be seen dwelling in many water lagoons.

Flamingos being wading birds have three toes which point forward and one toe which points backwards. Due to this physical feature they can walk easily through mud, without losing their balance. Also, their long slender legs allow them to stir mud for any small insects, amphibians or fish which are present in shallow waters.

Flamingos tend to stand often on one leg. Researchers suggest that this is because it allows the flamingos one side of the body to rest. When one side gets enough rest, the flamingo will swap leg and let the other side sleep. However, some researchers suggest that standing on one leg allows the bird to conserve more body heat, as they spend a lot of time in cold waters.

Did you know that flamingos can drink warm water? Yes, this adaptation feature allows them to drink from warm springs or warm water in pools located in tropical areas. They can also drink salty water! They have special salt glands which are located near their beaks. These glands filter out the excessive salt out of their body. Due to this adaptation flamingos can be safe from predators as they live on open large salty lagoons. As most predators hunt for animals which live around or in freshwater bodies.

Flamingos have unique beaks and mouth. They can simply take their food in their beak with the muddy water. These birds have rough tongue and small bristles known as lamella located around their beaks. This physical feature, allows the flamingo to filter out mud, impurities and excessive water out of their body and leaving their food behind.

All the unique physical features of this bird makes it a strong survivor. However, due to pollution and human development some species of flamingos are under threat. But, measures are taken by biologist to maintain these beautiful species. 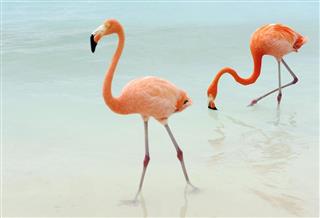 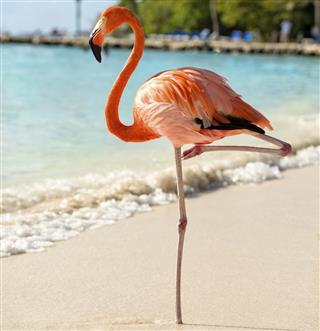 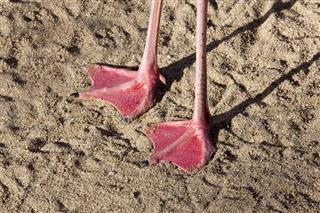 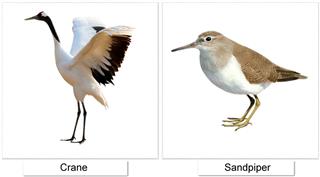 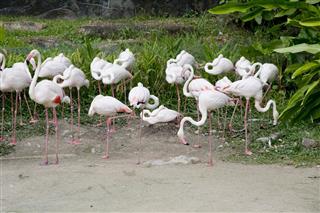 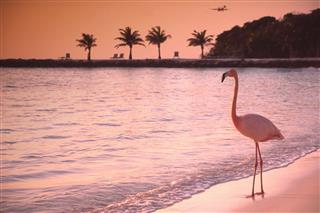 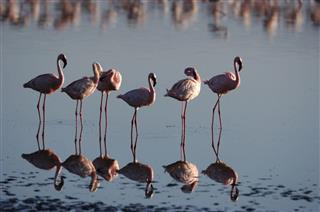 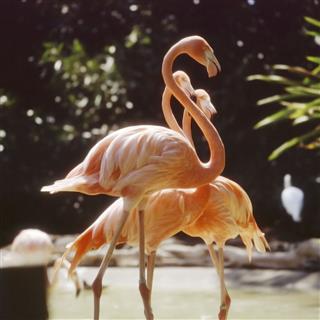 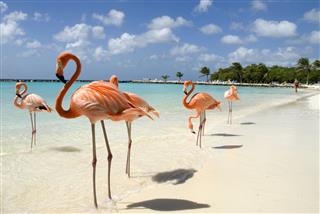 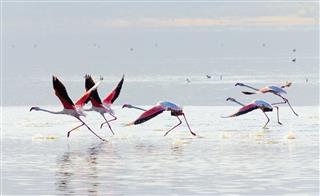 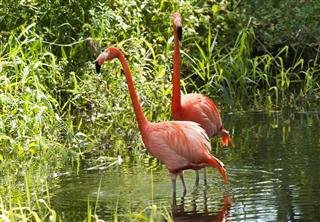 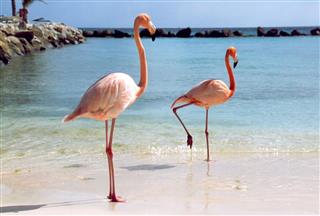 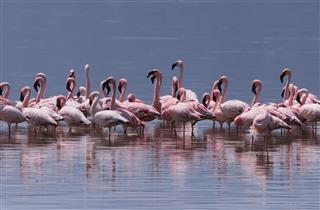 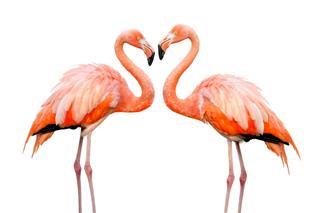 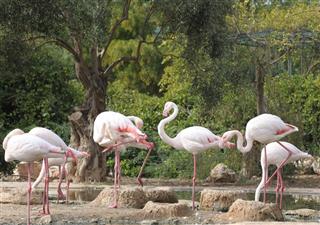 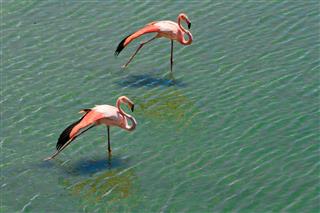 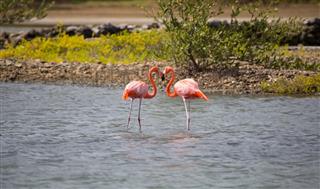 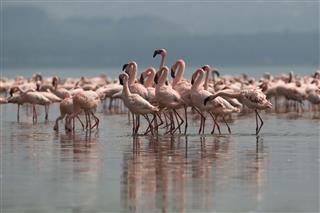 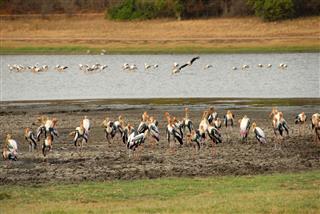 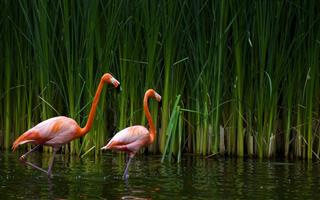 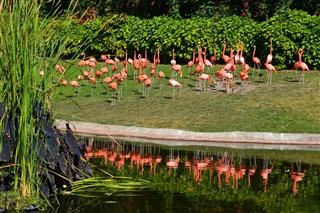