What Does a Hummingbird Symbolize? The Answer is Mystifying

A hummingbird is considered to be a totem by many of the ancient tribes. Its physical abilities and way of living has associated this tiny bird with mighty beliefs. If you have been drawn towards this little-yet-magnificent bird, then this BirdEden article will help you explore into its spiritual significance a little more closely. Get ready for a brief explanation of what does a hummingbird symbolize?

Home / Uncategorized / What Does a Hummingbird Symbolize? The Answer is Mystifying

A hummingbird is considered to be a totem by many of the ancient tribes. Its physical abilities and way of living has associated this tiny bird with mighty beliefs. If you have been drawn towards this little-yet-magnificent bird, then this BirdEden article will help you explore into its spiritual significance a little more closely. Get ready for a brief explanation of what does a hummingbird symbolize? 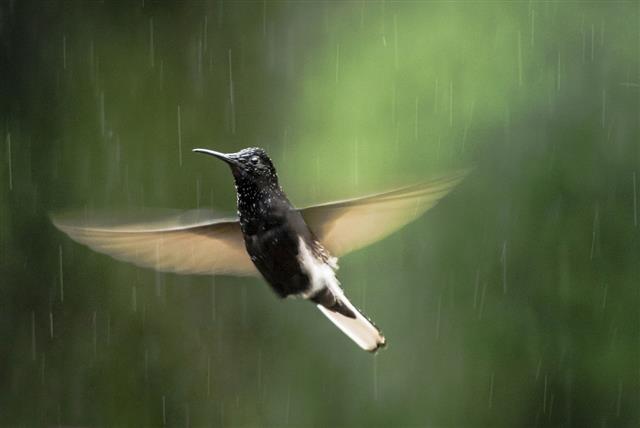 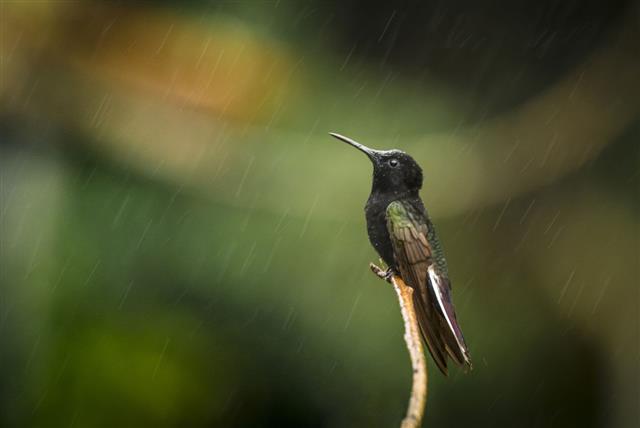 The wings of the hummingbird flutter in a specific pattern that resembles the number ‘8’ or the symbol of infinity. This characteristic is depicted as the symbol of eternity, continuity, or infinity.

Hummingbirds are perhaps one of the most extraordinary creatures created by God. They have always been admired for their beauty and charm; it’s definitely a delight to witness this magnificent creature humming around the flowers and enjoying the sweetness of their nectar to the fullest. It seems to fly tirelessly exploring the innermost depths of a flower bud, that penetrating through a sweetness hid deep within. It teaches us to heal our lives with the magic of flowers. The fluttering and humming of this adorable bird may also seem to be like a playful gesture, implicating that life is a process of enjoyment and not about living with burdens that one has unnecessarily stocked upon himself.

It is amazing how our perception tends to change towards any creature after we understand the true essence of their existence in our lives. Many spiritual healers consider certain animals and birds to be our spirit guide, and the hummingbird is one of them. If you think that this bird is a ray of light when your mood wanders in the darkest of realms, or if it associates with your spiritual side in some way or the other, it wouldn’t be of harm to think of it as nature’s way to guide you towards happiness. The following sections will take you through the different symbolism of this creature that is known to open your heart towards life, especially when bitter experiences force you to close it tightly.

Meaning and Symbolism of a Hummingbird

So, from where do we begin? A hummingbird is so many things in so many ways. It is a bringer of joy, luck, hope, comfort, love, appreciation, enjoyment, independence, freedom, and optimism. A bird of its kind is rare in itself. You would be surprised to know that they possess a rare ability to fly in all directions, including backwards! While nature may have given it this ability to remove its long bill from the flower after relishing the sweet nectar, spiritually it signifies the need to look back in life, cherish the good times of the past, and move forward without any regret or burden. This ability also signifies the quality of agility when it comes to changing one’s path to get in sync with life’s circumstances. And through this change, lift up the negativity that surrounded your hearts. This creature is also known for its vigor and persistence, which inspires us to give our all to pursue and fulfill our dreams and desires.

Symbolism in Legends and Folklore

Innumerable tales are associated with the existence of hummingbirds, the most famous ones being associated with the Native Americans, Aztecs, and other tribes that existed in parts of Mexico and Central America. The Native American Indians believed this bird to be a symbol of luck, devotion, permanence, and the cycle of life. They also used the feathers of this bird in their traditional dance depicting this symbolism.

Aztec Dancer in the historical centre of Mexico City

The Aztecs too, believed that a hummingbird was the reincarnated form of the warriors that lost their life in a battle. They took this form to join their war god Huitzilopochtli, who was also depicted in the form of a hummingbird. They also wore dead hummingbirds on their neck to bring them good luck in war. This talisman also represented vigor and sexual potency.

A popular legend associated with the ruby-throated hummingbird is this: According to the Ohlone people, there was a time when the world was filled with water, and there was no fire anywhere, except with the Badger people who lived underground. The responsibility to bring fire to the outer lands was given to a hummingbird, who, after receiving denial, used its mental clarity and long-pointed beak to take the fire that the Badger people had hid under an old deerskin. However, before the hummingbird could tuck the ember safely, it flared up and gave its throat the red color. This bird, hence, also represents mental clarity, focus, and precision that is required to combat hardships in life and overcome them efficiently. It was perhaps because of these qualities that another legend associated with the Hopi and Zuni tribes speaks of a hummingbird who convinced the gods, on behalf of the people, to bring rain. Therefore, people belonging to these tribes paint their water jars with the portrait of a hummingbird, depicting abundance and fertility in the lands.

Speaking of fertility, the whole act of the hummingbird to use its long bill and penetrate the depths of the flower is also interpreted in the sexual aspect. As mentioned earlier, the Aztecs wore a hummingbird talisman to attract the opposite sex. According to Mayan mythology, the Sun often disguised itself as a hummingbird when it wanted to court the moon. Their legend also says that the first couple to get married on Earth was that of a hummingbird. Certain myths and legends from Mexico and Central America also state that men often disguised themselves as hummingbirds to escape the parents of the girls they loved.

Although there is no direct mention of hummingbird, specifically, religiously this bird depicts resurrection and is often considered as a messenger from heaven. The reason behind associating this delightful bird with resurrection is the fact that when it sleeps at night, it appears to be lifeless and can be easily mistaken to be dead. However, when the Sun rises, it becomes extremely active and energetic as it is ideally supposed to be. Even the Aztecs of South America consider it to be a symbol of resurrection for this trait.

A lot many people consider this bird to be a comforter at the time of distress, especially post the loss of a dear one. There have been various testimonies where people who have been dealing with the grief of losing a dear one, have found a hummingbird close to them, indirectly helping them by providing comfort and consolation. These instances are often interpreted as God’s caring gesture to put across a message that it’s time to move on and not carry the burden of that which is no more a part of your reality. Many people also take it as a sign of assurance that their loved ones are happy in heaven and that the future holds true happiness and delight.

What does it mean to dream of a hummingbird? Is it an intended act of your spirit guide trying to warn you or motivate you? Well, the interpretation of this dream may have a positive or a negative impact in one’s life. For those who believe, it is said that this dream signifies that the ideas and concepts that are budding in your life, no matter how small or insignificant they may seem, have the potential to become big and productive. On the other hand, the confusing part is that this dream may also signify frivolous ideas and thoughts. This dream also indicates the inability to commit in a relationship.

Another meaning of this dream could be associated with the Native American Ghost dance. This was a special dance that was done in order to preserve the culture of the Native Americans which was being destroyed or influenced by the Euro-American culture. The leader of this dance is a hummingbird. Therefore, this creature also symbolizes the need to preserve one’s own beliefs and way of living and to not let it get lost in the midst of external influences.

It is important for each one of us to remember that the sweetest nectar in this world is present only within us, and that is what this bird teaches us. We can travel around the world, impose authority over anything that seems to be a great source of happiness, but it is only when we are at peace with our inner selves, that we will find the sweetness, the lightness, and the true happiness that makes life worthwhile. Just look at this creature who, in spite of its tiny size, has access to the untouched sources of sweetness buried deep within a flower. It is the bird that can fly backwards, change directions, and get accustomed to the changes of life as and when needed. And in spite of all the movement, the hard work, it still dances, flies, hums, and enjoys its life to the fullest. So just tear down the walls that you have built around your heart, your life, and your sight. See, explore, and enjoy the course of life with its ups and downs, sweetness, little joys, surprises, and miracles… One of the many miracles being the hummingbird itself! 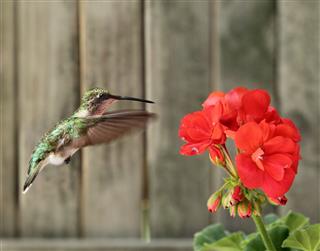 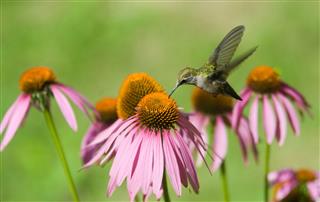 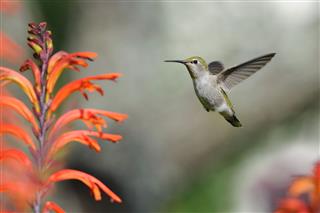 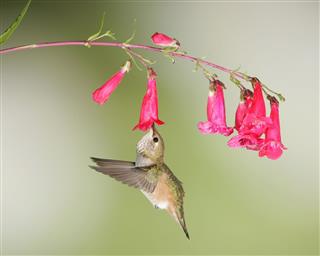 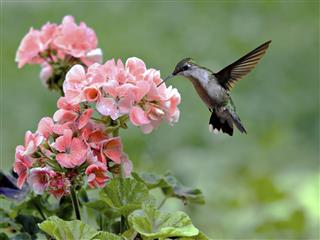 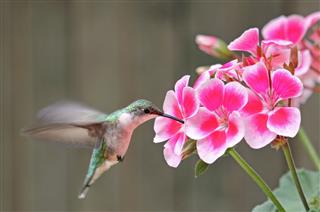 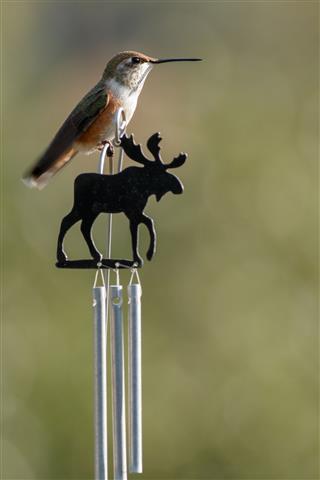