What Type of Food Do Parrots Eat? The Answer May Surprise You

Parrots can be excellent pets that are prized by their owners. That is, provided they are well cared for. BirdEden tells you what parrots eat in the jungle, and also what they should be fed at home.

Home / Uncategorized / What Type of Food Do Parrots Eat? The Answer May Surprise You

Parrots can be excellent pets that are prized by their owners. That is, provided they are well cared for. BirdEden tells you what parrots eat in the jungle, and also what they should be fed at home. 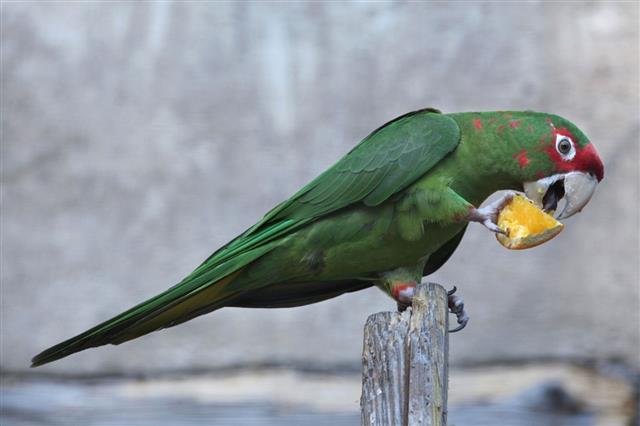 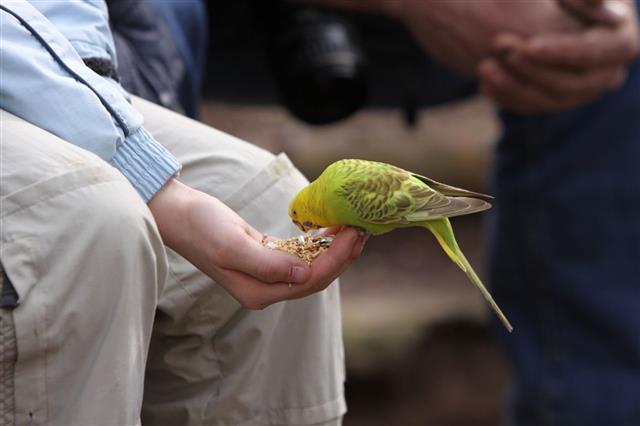 Why Do Parrots Eat Clay?

Clay absorbs toxins from the seeds that parrots eat in the wild, besides providing additional minerals.

The term parrot includes about 370 species of birds found in the tropical rainforests of Asia, Africa, and the Americas. Regarded as the smartest of all birds along with crows and jays, parrots range from a diminutive 10 g right up to 9 lb in weight, depending on the species. They are remarkably long-living birds, with small species like lovebirds and budgies living up to 20 years, and larger ones like cockatoos and macaws even being recorded to have lived longer than a century.

Despite these interesting characteristics, it is their talkativeness, ability to mimic humans, and sharp, curved beaks that they are famous for. These factors, coupled with the long lifespan of this bird, ensures an intelligent and lifelong companion for humans, making them popular as pets. Sadly, it is this popularity which is driving some species towards extinction, as they are trapped in the wild and sold in pet trade. Of the 370 species of parrots, around 150 are usually kept as pets.

One of the main questions a new pet owner would have is – what type of food do parrots eat? The following sections provide us with an answer.

Most wild parrots are herbivores, and consume different kinds of fruits, nuts, seeds, berries, and flowers. Some species feed extensively on pollen and nectar, and even have specialized tongues with brush tips for extracting these materials from flowers. Being highly nutritious, most parrots do not miss a chance to snack on these substances, and have even been observed ignoring readily available nuts, to fly long distances searching for them.

Certain species are omnivores, consuming both plant and animal matter, or even insectivorous, in which case, most of their diet comprises insects and snails. The kea of New Zealand is a large parrot which mostly feeds on fruits, seeds, and nuts. But when opportunities arise, it doesn’t give up the chance of consuming flesh. It has been observed killing infant petrels (birds) in their nests, attacking fully-grown sheep to feed on their fat, and even attack adult horses on occasions.

Despite the variety in their diet, the strong, curved beaks of parrots attest to the fact that most of their diet in the wild comprises nuts and seeds. In fact, these birds consume fleshy fruits just to reach their seeds which are discarded by most animals. The lower mandible is used to crack the hard shell, following which the nut is rotated to strip away the remaining shell. Some parrots also use their feet to grasp large food items while eating. Australian parrots have even been discovered preferring the use of one foot over the other, just like humans are left-handed or right-handed.

Despite the fact that wild diets comprise mostly of seeds and nuts, in captivity, these should be given only as occasional treats. They are rich in fat, which can be a cause of obesity, since captive parrots lead a sedentary lifestyle. They can also deprive the pet bird of essential nutrients like vitamin A, minerals, and calcium.

Researchers believe that parrots have the emotional requirements of a three-year old human infant, and require similar monitoring of their diet. In the wild, they live together in a flock, where they learn to choose the right food. Since they lack such guidance in captivity, their caretakers have to do this job for them. Like humans, captive parrots are likely to favor junk and unhealthy food, and turn their noses at leafy greens.

It is believed that most (up to 65 – 75%) of a captive parrot’s diet should comprise formulated or pelleted food. This food is nutritionally complete, which even renders additional supplements unnecessary. 15 – 20% of the diet should consist of fresh or cooked vegetables and leafy greens. Fruits, being mostly sugar and water, should be no more than 5%. As mentioned before, seeds and nuts should be served as an occasional treat.

Nutritious Additions to a Parrot’s Diet

Among processed foods, salty or fatty items should be avoided. Anything made of grains or legumes, such as whole-wheat bread, pasta, and cereals can be given occasionally. In fact, parrots have a special liking for pasta. Since birds, in general, are lactose-intolerant, dairy items are best avoided. Animal sources of protein like cooked eggs, boiled chicken, and cooked bones can be given at times.

It’s important to remember that nobody likes to eat the same food every day, parrots included. So, it is recommended to include a variety of foods to keep your pet bird interested. Among cooked foods, a general rule to remember is: if something is healthy for a human, it is healthy for a parrot.